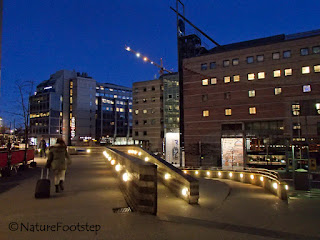 Slept a bit on a sofa on second floor where there are no drought. But it is not really comfortable. I was awake to catch the first morning bus to Oslo train station. It departed at 5.30. Not much traffic at that time so I was in Oslo around 6.15.

Following the light from buses to trains. Image to the right. 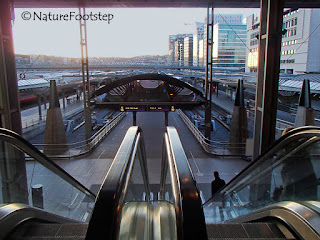 I knew there would not be any trains for a while so I had time to look around a bit. It was nice to see the sun rising from different places in the station and from the platform. 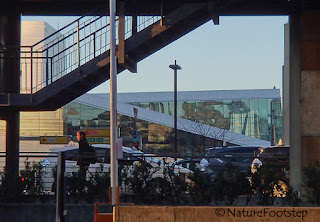 I was lucky this time. They opened the ticket office at 7.00 and there was a train departing at 7.32. 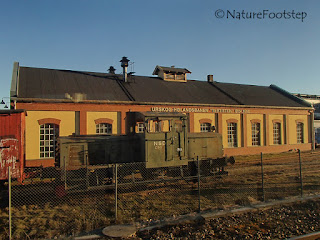 A view at an old Station seen from inside train at a stop.


Had a nap on the train and was in Katrineholm at 12,09. Took a long time but I did not have to change trains. And I had a row of seats for myself.  Then I only had to catch a bus to get home.

What I did in the afternoon? Guess! Slept of course. 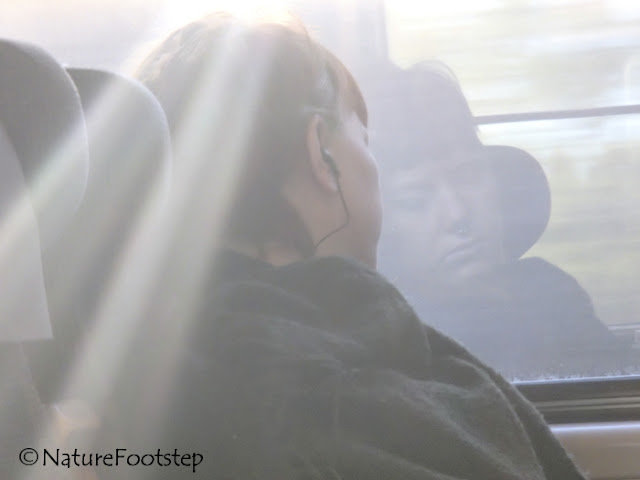 I was not the only one taking a nap on the train.