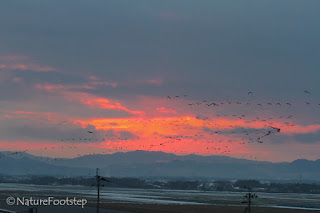 Early morning as usual,hoping for a gorgeous sunrise at the same bridge as yesterday. And we were not disappointed. It was even better. It is such a perfect setting with the mountain range in the distance where the sun rises and the cranes all over the sky. And the ocean at the side.
Everyone was very pleased when we headed back to the hotel for breakfast and to get ready to leave the hotel. 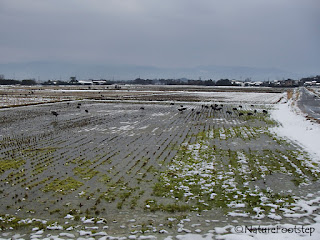 One thing with Japanese customs is that when you leave a hotel the staff comes out to wave you off. Saying goodbye. and welcome back. And you are not supposed to leave until they are there. That would be very rude. 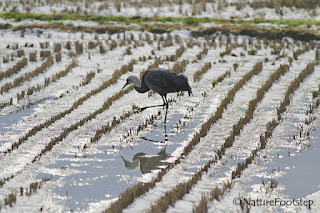 Now we headed back to the Arasaki Crane Center. Stopping for a while at a snowy and wet field where many cranes were feeding. It was a beautiful sight.  Today the Center was open and so the shops and roof deck. No climbing today.  :)  I walked around the area looking at cranes and other birds. And took a quick look in the shop. At lunch time we left the area to find a shop where we could buy lunch and then we were off to the Kagoshima´s airport. We had to do a little detour as they did not yet clean the entire highway. But we get to the airport in time for our tour to Tokyo.  The plane took off at 16,30. We stayed at the same airport hotel as last time. 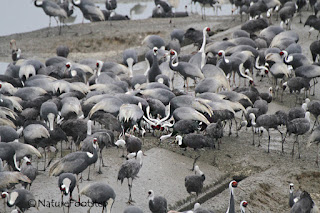 We heard at the news that 3000 schools had been closed due to the storm and it was 113 years since last time they had this amount of  snow. No wonder the center was closed yesterday. 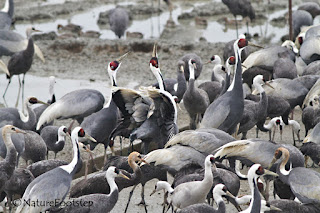 We landed in Tokyo at 18,35 and had dinner at 20,30. The same kind of small dishes as all other meals. Took a shower and uploaded all images to the computer.


Tomorrow it is Monkey business! And breakfast at 6.45. Departure  by bus at 7.45. Going to see the snow monkeys. 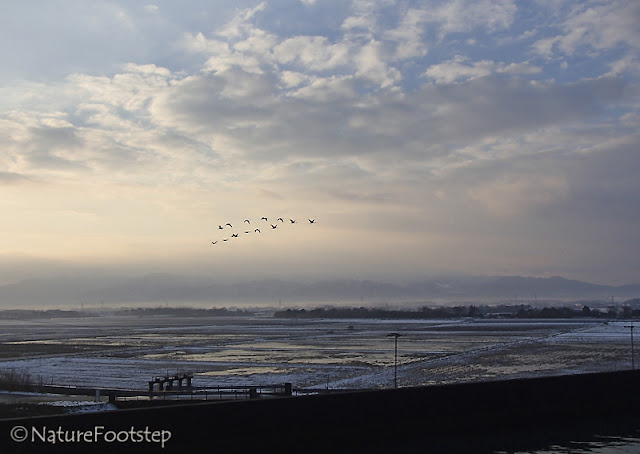 Linking up with:  Our World Tuesday   WATW