130818 Sunday
Today I´m off to Plan B, that is, without the family who goes shopping as usual. My plan was to walk up to Diamond Head, an old volcano crater close to Honolulu. I´will be birding along the way. Then I was about to continue along the coast by bus to Waimanalo. But as you will see later on, buses wanted otherwise.

I started the day by birding during breakfast, some doves lives a dangerous life. There IS a Warning sign on the toaster.
I was ready to leave for my hike just after breakfast. Walked along the shore and into some parks. I had studied the path I would take on the maps of Honolulu. Internet provides great tools for trip plans. Then I photograph the maps so I have them in the camera. Easy to deal with that way.

I was passing a rather nice fountain and then continued into a park or recreation area. Some nice birds in there. A green parrot a Rose-ringed Parakeet, among others. The area continued on the other side of the street on Diamond Head side. And there I found them, the Cattle Egret! I have seen them in several countries but never did I come close to them. In this park they walked around and did not seem to care much about people. That was fun. 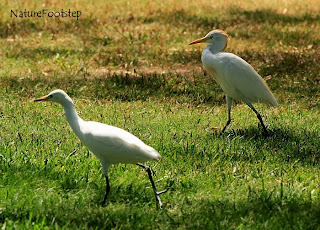 I continued along the base of Diamond Head until I found the way up to the park entrance. I had to go through a tunnel through the volcano wall to get into the park. Here I really needed the shaved ice they sold in a bus at the side of the area. I sat down and rested and was amused by a couple of Mungos running around.  I think they were brought to the island in order to keep the population of rats down a  minimum.

Now I was aiming for the crater rim to get an overlook of Honolulu. Going up and up on dirt tracks and stairs and tunnels about 2,2 km. That was pretty hard work but well worth it. Going down again was easier and gave you a better chance to see the views. On my way out of the park close to the tunnel I stopped. I spotted a Golden Plower. That beautiful bird so hard to find at home. Here just in front of my nose.  A taxi driver was wondering what I was doing so I talked to him for a while. Asking him about my next move. Turned out my plan was not soo good. A Botanical Garden I would be looking for probably did not exist. Hmmmm. Strange but later on I realised it did exist but was not known as a Botanical Garden by locals.  lol. Anyway it did not matter really that day as the bus I was about to take was not coming. It was as it was Sunday! And I did not find a bus back either so I found myself walking back. 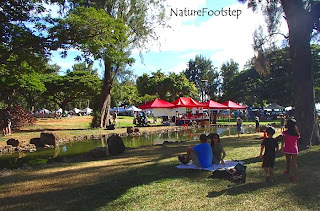 Coming back close to the beaches I heard music from the park and lots of activity going on. That had to be investigated of course. There was entertainment by two gentlemen playing Hawaii music and a market going on. Seemed to be a Sunday activity. After a while I headed back to the hostel for my swimming stuff and went down for a swim. After sunset I went to Subway to buy something to eat. And sat at the beach to eat it. Listening to the waves and soft music from a hotel across the street.

After taking a shower I logged on Skype and talked to my daughter about plans for tomorrow. Skype is a great thing! 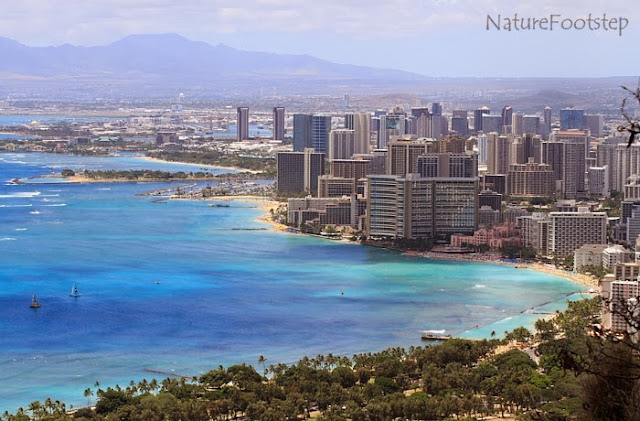