Both me and my roommate skipped the early morning exercise. It´s been raining again all night so we got packed instead. For breakfast there were some "drowned" sandwiched. I think the bread is put in syrup and then heated up. I skipped the rice and beans.

We left the Lodge at 7.55 after a short wait for one of the guys. Half way down the hill he realized he had forgotten to leave the key. So, in the rain he had to run back and leave it. It took 3 min. :) 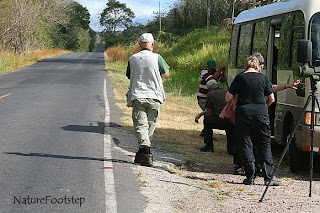 We headed south och turned down to The Pacific Ocean. After about an h we got a puncture on the right rear wheel. We took the time to bird along a waterfilld ditch while Carlos changed the tires. Among other things we spotted some flying woodstorks.


Then we continued to Solimar Hacienda. A large farm with great wetlands and thousends of cows along with a great no of cow herons. They had a restaurant and a few rooms for rent. But no website. :)

While we waited for luch we was birding the gardens. We had the traditional rice and beans along with a meet dish resembling a stew my daughters father used to make. In the corner where the lunch was served there flew a large dragonfly as I shot. To bad though, I did not get the scissor we saw from the bus when we arrived. 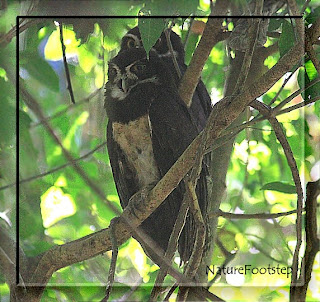 After lunch we met with the guide we should have during the afternoon. First we went behind the building to watch a small owl sleeping in a tree. Then we took the bus and drived to a dry forest where the guide showed us a pair of Spectacled owls. Cool. I have already seen more owls in CR then I did my whole life in Sweden.
Then we continued to the wetlands. And saw a huge amount of birds. Waders, ducks, Blue Herons, Woodstorks, thockfot and a lot more. Can´t name them all here. It was really fun.

At 15.30 we left Solimar and headed south again. Down to the Pacific and some salines at Colorado to watch vaders. We stayed there until it darkened, then we continued to our new lodge, La Ensenada. We recieved our rooms and was informed that dinner was served at 19.00 so the shower had to wait. It is warm and dry. I´m going to dry my clothes. :)

It was a great dinner and I took the chop (kotlett) and fruitsallad for dessert. It was an open room under a roof. We just moved to a relax part for the specis go through. It took a while as e had a lot  of new oens today. While we were doing that we heard noice from above. Herman went to investigate. It was a "myrslok" high up in a tree. And now people wanted more owls so we headed out with the tourchlight. But noone answered to Hermans call. But I did see the Milky way. And a lot of stars. Orion is in zenit. So nice.

After that we could finally go to the rooms and take that shower, write a bit and load the new photos to the computer. We will probably have sunshine the coming days. 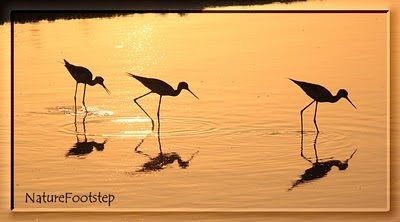