The Monk path of Julita Monastery of SABA 1180-1525. The monks walked here from he monastery to the church. A small monk figurin still watches over the lake Öljaren.

History and what to see
Welcome to Julita, situated in beautiful surroundings on the shores of lake Öljaren in the heart of Sörmland. In the middle ages Julita was a monastery. It later became a state demesne and still later a manor house owned by members of the Swedish nobility.

At Julita you will find a complete country estate from before the turn of the 20th century, preserved with all its exquisite interiors, parks, orchard, green house, kitchen garden, its own dairy, fire station, church, brickworks – in fact everything that was part of a large estate of that time.

Julita is Sweden´s Museum of Agriculture and holds gene banks for apples, pears and rhubarbs, and peony garden, native breeds of domestic animals, agricultural exhibits, a modern free-range barn and walking tracks in a cultural landscape. 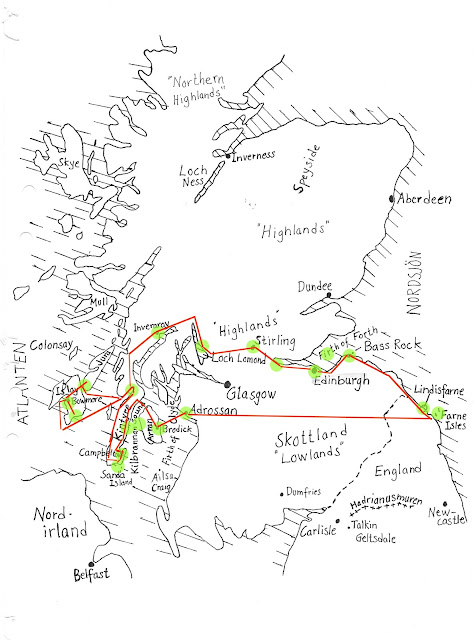 Translate? See Google translation in the sidebar!
Click to enlarge All photos 120505,Öland

120505 Saturday, going home day
I woke up too early to be good for anyone. At 4.15 in the morning, I tried to sleep a while longer but at 5.30 I was in the kitchen for a cup of coffee and the boiled egg I´m getting used to.  Then I went to Ottenby at 6.40. It was mist over the land and I took some shots on my way down. 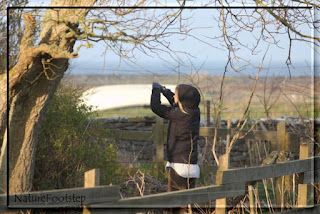 I arrived at the Garden at 6.20 in time to see the young staff releasing the first batch of birds from the nets. Then they took them inside for checking their condition and to ring those who had no ring.

There was some small birds in the gardens but at the point it was almost empty. A mute swan was spreading it´s beautiful feathers in the rising morning sun. Seems like it enjoyd it. :) A few minutes later I discovered it´s mate sitting, or rather sleeping, on a nest. Some Eiders flew by.
It was a chilly morning, not more then +5 ° C and windy. A few birders gathered at the wind shelter. Not daring go out watching the few birds still on the shore. Just me walking around. 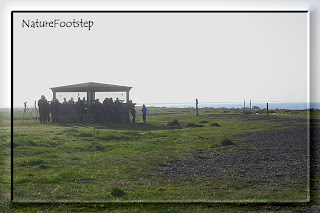 At 7.45h when I left Ottenby for the last time I got a nice go away present. I finally saw some newly hatched Northern Lapwings. Not cute, but so charming. :) You find images HERE.


Back to the Hostel to pack and a cup of coffee. I also took a short nap before leaving for Bejershamn up at the bridge to the mainland. 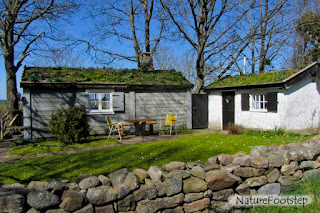 At Bejershamn were about the same birds as when I arrived so I took the forest way back to the parking lot passing the nice old cottage.


Then I went to a surfing beach close by to eat my lunch and enjoy the ocean for a while before leaving. 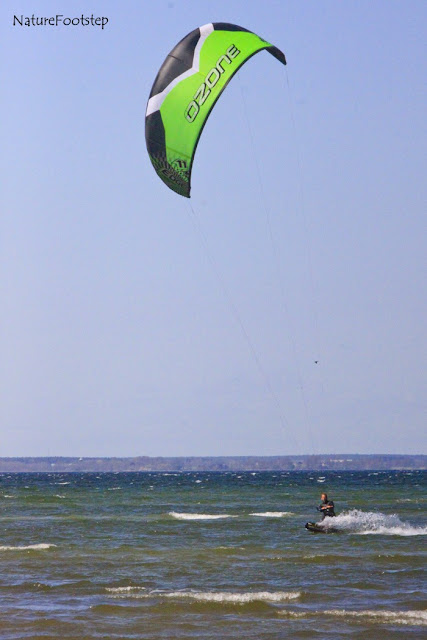 12.20 I headed north. Passed the bridge and turned north. After leaving Kalmar I was seeing a Red Kite above the road. Last bird for this trip. Took me 5h to get home. And I had a hard time with the windy weather.

I counted 75 different species and 4 lifers from them.

Posted by NatureFootstep at 12:53 PM No comments:

When I arrived they had just spotted a Glaucous Gull (vit trut) so I spend some time with getting a shot of it. It was far out,of course, but I managed to get a shot where you can see it is that bird. A new one to me so I did really want a shot I could idenify the bird.  So it was nice that I saw it too. A new species on my list. Then I asked Göran and another about the ID of the vader I had shot the first day. And they could not give it to me. Somehow I felt good about it. Even the experts don´t know it all. :) When I was about to leave there was a peculiar light on the Baltic sea side of the Observatory area. Had to take some shots of course. 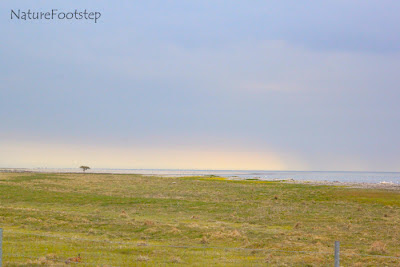 Some birds this morning; Glaucous Gull (vittrut), Merlin far away (stenfalk),   flying Red-Breasted Merganser (småskrake), flying Tufted Duck (vigg), Wood Sandpiper (grönbena), Canadian goose(kanadagås) and the the Common Scoter on a frame (sjöorren på bild). OK just like dots, but still.
Then I was supposed to go to the hostel and eat something. Instead I went to Södra Lunden to check out the new tower. It was cold and a little rain now. As I went on the path I heard some noice I could not recognice. Later on, at the tower, I met a couple and I heard the noice again. They knew it. It was the sound of the wings of the Common Snipe (enkelbeckasin). Nice to know. :) Not much birds but I had some photo session in the Lund also. A woman need to have some fun. 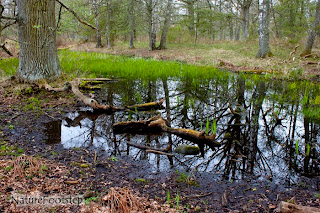 Back at the Hostel I made lunch, coffee and bread that is. And then I slept for 40 min. Tried to find a bird at Artportalen but was not succesful. I thought it was silkeshäger but it turned out to be an Egret heron that was seen some 50 km up north. Well, if it is still there tomorrow I might try to see it on my way back home.
Instead I went to find the closed damm, kalkstensbrott in Albrunna, where there was supposed to be gråhakedopping. I found it but it took a while and a long walk in a national park, Albrunna Alvar, and among cows. There were many Northern Weahtear (stenskvättor) in the area, It is Ölands Alvar, somehow looking like a thundra in the northern part of our world. 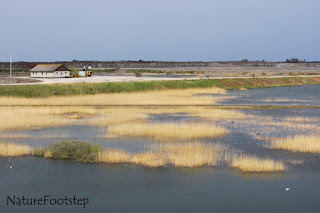 The entire sothern part of Öland is a World Heritage area. It is a special ground made of chalk and it is also a very old cultural ground. Lots of Kings lived here.
Now my legs and feet don´t like it anymore but I had to get back to the car. My back is painful too. But at least the sun started to come out again. It was now about 16.30 and I was getting hungry.
Back at the car I headed to the next place. A small birdlake south of S Möckleby. That one too a remnant from an old factory. It was quite nice but I did not see much more then swallows. :)
Now it was dinnertime but on my way south the mist was coming in from the ocean as the sun shoen through the clouds.  So, I took a short additional trip to Ottenby. Not much to see though so I went for dinner.
After dinner the mist was still there so I took a new trip to Ottenby. Now it was cold and windy again. Not much of either birds or birders, So I took some shots and went back. Now I am writing and tomorrow I ´ll be going home. 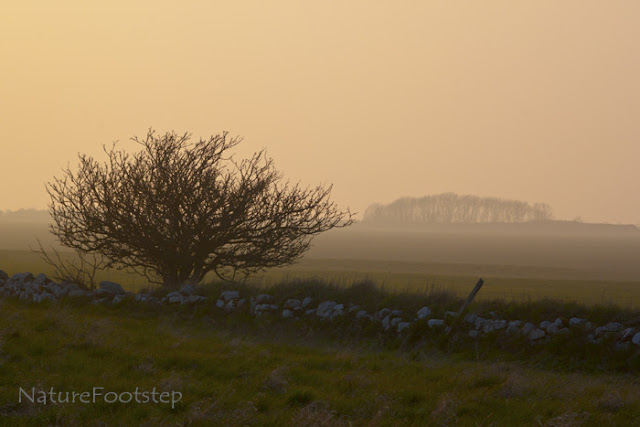