Translate? See Google translation in the sidebar!
Travel Photo Monday  NF Waters 22
Our World Tuesday 36      Outdoor Wednesday 173   Water World
Click to enlarge All photos
NF Photo  120424
This is only a one day trip to the coast of the Baltic Sea. But I have not been there before so it is new to me. This place is located south of Oxelösund, on the south side of the inlet. It is a small and old fishing village where only a few men still are fishing. I was there mainly to see sea birds and to document some of the village. 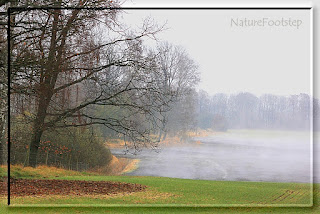 I had checked the weather forecast. It said it might be morning mist but later on, mostly sun at the coast.

I left home at 7.30h and had some crazy weather on the road. It varied between clear sky, heavy mist and a little rain. Had no idéa of what to expect next. Twice I could stop and take some shots of mist hanging over the farmland. Other moments I had to slow down due to heavy fog.

Arriving at Hummelvik the mist was still hanging over the Baltic Sea even if it was rather clear in the fishing village. I spent a while looking around and checking out the birds in the area. Eider, Barnacle goose, Goosanders, wagtails and gulls of coursre, and I took some shots of course. There was also a small ship wreck at one of the piers. I met a man and asked him how I could get out to the peninsula. He told me so. I could take the car a little bit longer and then I gathered my stuff and walked the rest of the way. 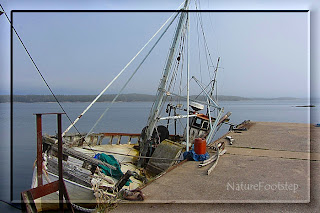 Arriving at the point I was stunned. Three small islands was lining up at the horizon. The mist was over the water. After a while the sun penetrated the layer and shone softly on the water creating a glowing area around the small islands. And then a boat comes in from the right. Just in the middle of the glowing area. Passing behind the islands. Stunning! Then after about 20 min the mist lifted and gave way to the sun and the mystery morning  was over. 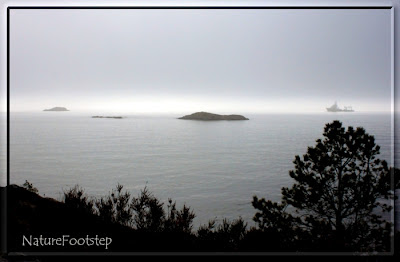 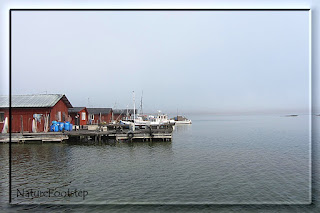 I walked around a bit checking the area and the birds on the water. I spotted two razorbills (Tordmule) but could not get any shots. Then it was close to lunch so I ate what I had. Packed my stuff and went back to the car. Driving back to the fishing village I spotted a little European Robin and got some nice shots.
Hummelvik Fishing harbour 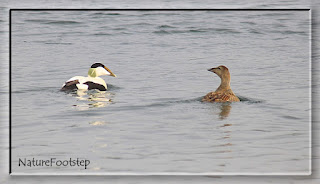 I spent a little more time at the village talking to fishermen. Then I left to go to Oxelösund on the north side of the inlet. It was a 30 min drive to go there. But that place was a dissappointment now. Almost no birds I had not already seen. So, after an h I left to go home again. A great day.

Translate? See Google translation in the sidebar!
Click to enlarge. 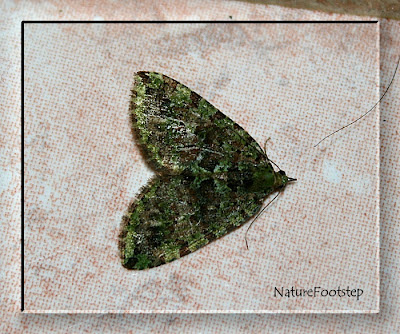 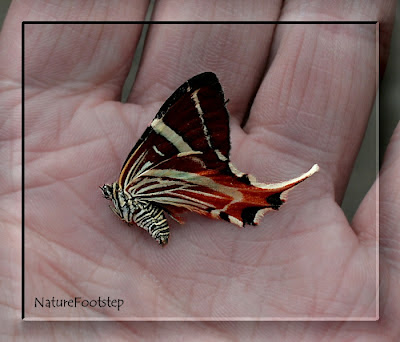 Motorn började koka på vägen upp till restaurangen där vi skulle ha lunch. Sedan fick vi punka så vi fick gå en bit. Den översta fjärilen hittade jag på restaurangen. Den understa liggande död på vägen. Men jag tyckte den var vacker ändå.
First we our engine was boiling on our way uphill, then we had a flat tire on our way up to the restaurant where we were supposed to have lunch. That made us walk a bit. The first butterfly I found at the restaurant. Tha latter I found dead on the road. Still a beauty in my eyes.