Woke up 3.15 and went up to get ready to leave at 4.20 when the taxi arrived. I got to the station in good time. It was not that cold +4 deg C.
At the station a dark man started t o talk to me. Kind of nice but a bit weird. He asked me if I was going to Africa. I said yes and then he asked me if I could buy hime some shell necklace and bracelet.
He gave me a tel no and his name so I could contact him if I found any. After I went on the train and he did not I was a but suspisious. Did he se my adress?? No way of knowing. But probably not.
﻿
The train went according to plan for a change and I had my breakfast on my way to Uppsala. In Uppsala I had to go back south in order to get to Arlanda. I was there rather early and had good time to look around in some gift shops. 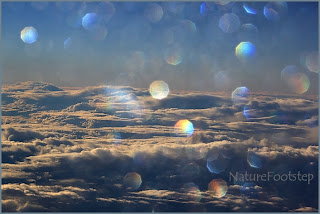 I met the group on Arlanda and we were airborne at 13.50, 45 min late, I had a windowseat but there was almost nothing to see at first so I slept for a while. When we were above the clouds there was nothing else to see. All europe was covered with clouds. It was only at 17,00 h and we were already over north Morocco before it cleared up. I had a window seat with a rather clean window. The window was partly covered with icicles and gave some cool BOKEH effects. The route was over france and spain. We landed in Marrakech at 18.00 and had to stand almost 45 min before we could go through pass control to get our visa no which we had a lot of use for later on. We also had to find a place to change our money to Moroccan currency, dirham. And that took time too. 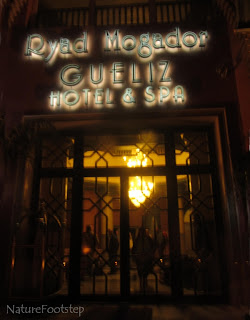 At 20,00h we arrived at the hotel Ryad Mogador Gueliz and got our rooms. The hotel was located at a rather busy street. We met again at 20.45 in the lobby for a brief introduction and then dinner. I took pasta and chicken. Tasted rather good. The hotel provides wifi in the lobby and I was able to go online and tell people I was where I was supposed to be. Time is now 22.54 local time and I will go to bed.

Tomorrow morning breakfast at 6.15 and ready to leave at 7.00h

Translate? See Google translation in the sidebar!
121110-121124 South Morocco and WestSahara
Click to enlarge All photos 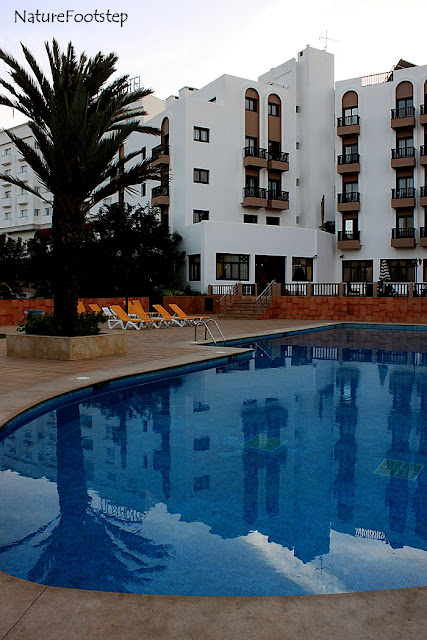 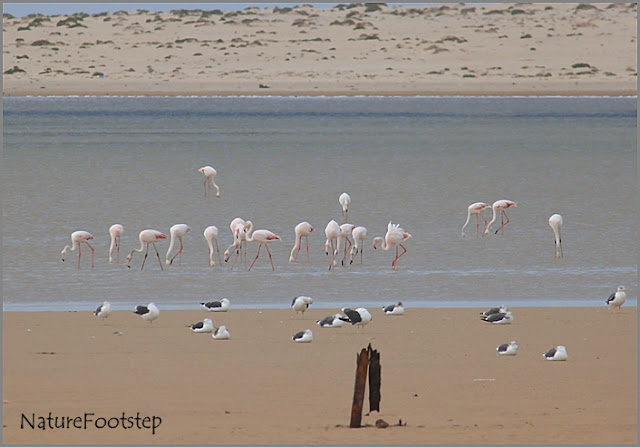