Translate? See Google translation in the sidebar!
Outdoor Wednesday 177    Our World Tuesday  Water World 29
Click to enlarge All photos 120503, South part of Öland
120503 Thursday
I woke up earlier then expected. First time at 5.00h. Next time at 6.15, Then I went up. I had a cup of coffee and eat a boiled egg. I realised that egg so early is better then eating bread. Well, I left for Ottenby att 7.00.

There is supposed to be two Sanderlings next to a gull on this shot. Can you see them?

It was not that much birds this morning. But I met Göran who stood at the point counting birds. As he usually do I think. This is a scientific exercise and the counting is done the same way by everybody who works with it.


I saw Common Scoter (Sjöorre) flying by but did not manage to get a shot. They seems never to go down on the water close to the shore. Only flying by. Then Göran showed me 2 Sanderlings (sandlöpare). They seem to be rare here. A new bird to me as well. I don´t think I have seen it anyway. That makes for two new birds I think. For tomorrow he promised me that there would be some Ortolan Bunting (Orlandosparvar) on the road to Ottenby. :) Well, we´ll see about that. 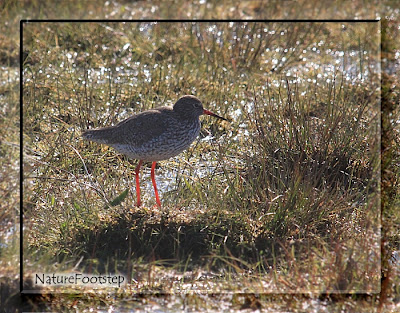 Talk about being redlegged. :) In the backlight it is very red. Common Redshank (rödbena) 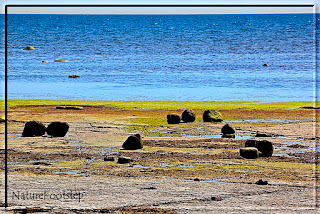 Done at Ottenby for the morning I went back to the hostel to make coffe and bread. And prepare to go and look for another bird that was seen at Seby. March Sandpiper (Dammsnäppa). A sandpiper with very long legs. Didn´t help, I did not find it. It should not come to Sweden at all. So, maybe it was a false alarm. I had a hard time finding this location too. In the meantime, as I was trying to find the right road, I tried to get to Segerstad lighthouse but ended up backing my car as there was a huge waterpuddle on the dirtroad and I could not see how deep the water was. I did not dare continue through it. The time was not all wasted though as I saw some Northern Wheatear (stenskvättor) and a lot of curiosus cows that was wondering what I was doing. :)
Well, finally I found the place at Seby, but I did not find the bird. Instead I found a nice part of the coast. This part is located on the east coast of the island. Facing the Baltic Sea.   :) 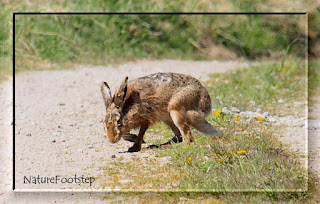 The island is full of hare. I wonder how that happened? Have not seen that many before. 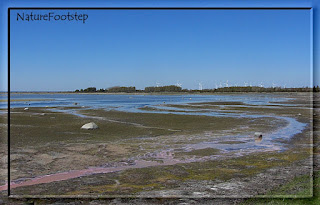 After that I drowe across the Island to Degerhamn and continued to Eckelsudde. The waterlevel was very low as it had been on the other locations also. Lots of stone and gravel where it normally was water. Maybe that was one reason for the lack of birds. Some ducks still there, shelducks mostly,  and geeze, But hardly any waders. Or maybe just the fine, sunny weather made the birds heading north and left me to see nothing. :( 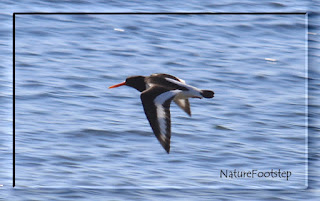 I went to Mörbylånga Suger factory wetland, same thing almost empty of birds. Then south again, visiting Sandvik and Grönhögen golf clubs coastline. Same thing hardly any birds, only the Common Shelduck (gravand) was in rather great numbers and a passing by Oystercatcher (strandskata). 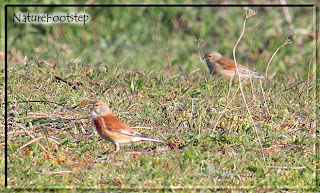 Took a quick look at Ottenby again before going back to have dinner. Ottenby was empty of both birds and birders. :( Only 2 Yellow Wagtails (gulärlor) was there and a few Eurasian Oystercatchers (strandskator) and gulls. And Common Linnet (hämpling) , at least 15 of them.

I had my dinner and then had a chat with some other birders staying on the hostel. 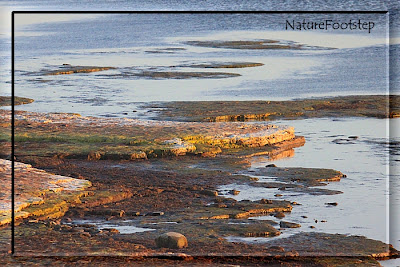 Södra Udden - Sout Point of Ottenby in the light of the setting sun.

At 19.00 h I went back to Ottenby. A female Blackcap (svarthätta) was in the garden and some more terns had showed up. Some seals were in place too. I did not wait for the sun to go down before I headed back. 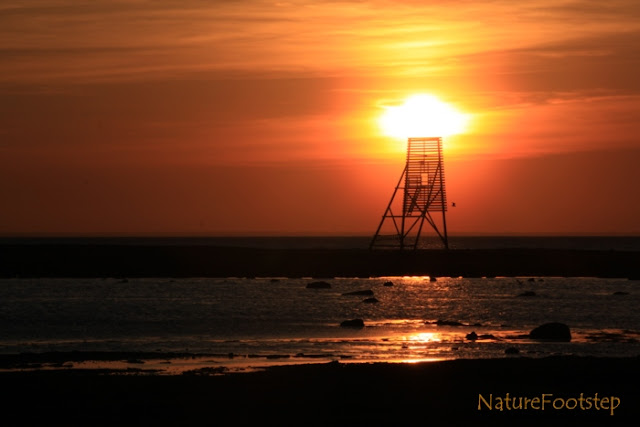 I woke up at 5,50 a bit early, but I went up just the same. I would not have slept any more anyway. So better get started. It took some time to get ready even if I had done most of the packing and preparations last night.
I as ready to start at 7.50 and headed towards Norrköping, GPS and all. GPS is good but not always reliable. It took me the old way in to Norrköping and then I got lost because the turns were to close to one another. Well, GPS always know how to lead you another way so finally I got out the right way and continued south to Gamleby. 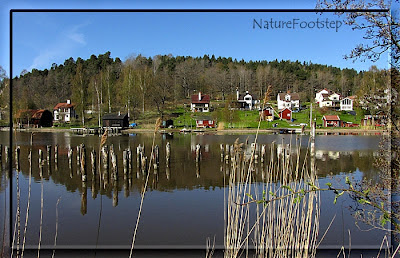 .
I arrived at Gamleby around 10 and then I took the old way down to Västervik. I stoped at Segersgärde to see it there were any birds and to have a cup of coffe and a sandwich. There was not much birds, mainly greylag goose. 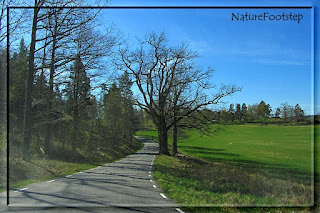 I continued down to Västervik and then took the main road down to Kalmar.

I stoped at Emån for another cup of coffe. I reached Kalmar and the Öland bridge after almost 6h in the car, at 13.30. 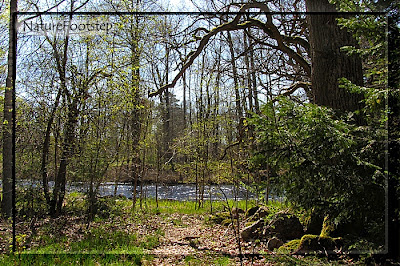 View from the traffic resting place at Emån where I had a break. 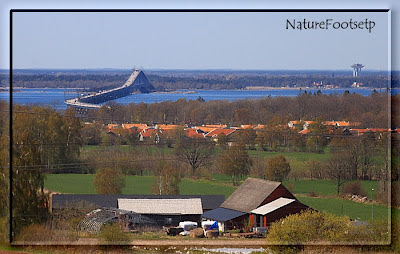 Ölandsbron - Öland bridge seen from Öland with Kalmar on the mainland in the background. The bridge is a little more then 6.000 m long.

I stoped at Bejershamn at 14.00 for the first birding walk. Sun shining and it was warm. Down here it is much greener then at home. I love that. :)
I birded along the shore and saw some ducks and waders and some others.
Pied Avocet /skärfläcka, chaffinch / bofink, graylag goose / grågås,canadian goose / kanadagås, Shelduck / gravand, sea eagle / havsörn, Yellow Wagtail  / gulärla 12 st, different waders /vadare, ruff / brushane, Common ringed plover  / strandpipare, barn swallow / Ladusvala 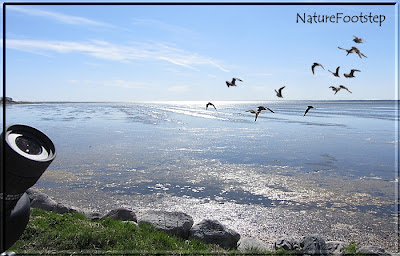 Kärrsnäppor / Dunlins in Bejershamn NF Photo 120502, collage
,
After a while it started to get windy and the wind was cold and I had my warm outfit in the car.
:( So I headed back. It was time anyway as I had to be at the Vandrarhem at 17.00h. There was not much people so I got a room for myself. I got settled in and had my dinner. 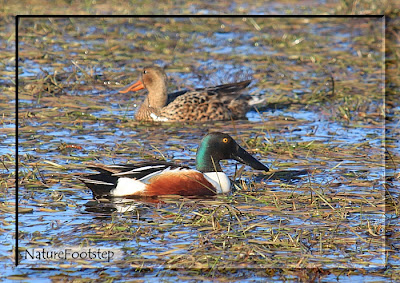 Then I took the car down to Ottenby Bird Observatory.

At the driveway down to the observatory I was greeted by this gorgeous couple. Skedand / Northern Shoveler 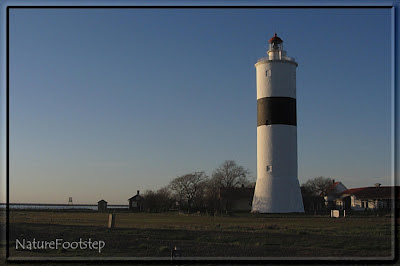