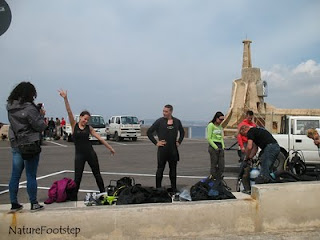 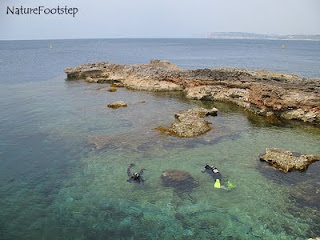 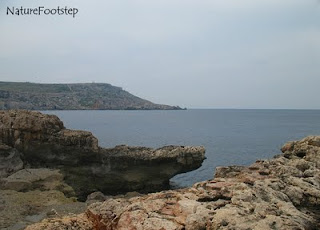 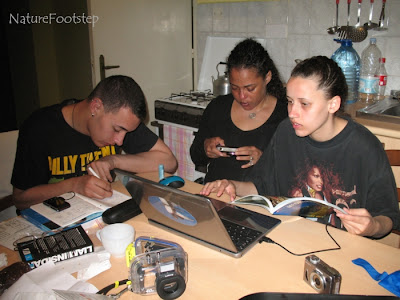 
Malta was My World for a week.
My World Tuesday
Outdoor Wednesday 124
Click to enlarge All photos

The others woke up too and went up at 7 as to planned. We made breakfast from what was on the table when we arrived. Then Peter picked us up at 8.15 and headed for the diving shop. We spent some time there, lookin around the shop. When Peter was ready to start teaching J&M  I and Janet went for a walk. Janet did forgot to get Euros so we had to find a automat to get that. Peter had told us how ato walk to  get to the shore and then back to the hotel. So, we walked, got the money and took a lot of shots at the shore. Janet found a lion she adored. :)  At the hotel we changed to something lighter as it started to get warm. Then we headed back to the diving center. It was not that far. Now we know all of Bugibba. :) 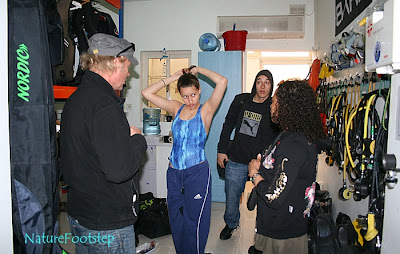 Preparations at the shop

When we came back to the center Véronique was there. She is Peters partner and helps out in the shop when she don´t teach language classes.  Now we went to the diving site at the local shore. J and I passed there before. J&M was taught to handle the compass and I got the underwater-camera in my hands. To put to good use. It was a nice place and both Janet and I was enjoying ourselves. It is so nice to hear and smell the ocean again. 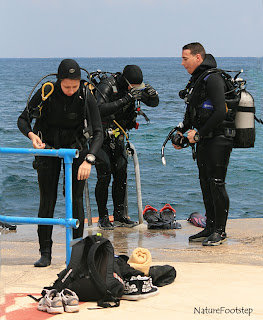 After the compass training they made the first dive. And then it was late lunch.
Véronique came down at lunchtime and we all had something to eat at the kiosk.


Divers have to spend a certain time on land before they can dive again. So that was how lunch was planned. That is due to divers sicknes. It takes time for the body to adjust to the conditions over and under the watersurface.
After the next dive Peter drove the party back to the center and then drove us to the hotel. 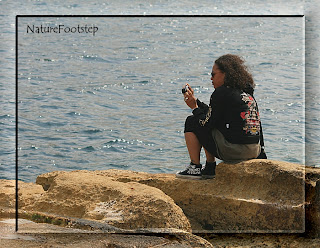 We relaxed on the roof for a while. There are 2 small pools. and sunbeds. We also located the mini-shop. Then Janet and Marcus went out and I and Johanna took a swim in the indoor pool next to our appartment.

I downloaded todays shots to the computer and when JoM came back we left to find someplace to eat. As time was almost 20.00 we went to Mc D. Then hurried up to the lady that booked tours. We ordered the tour to the dolphins so we are going to swim with the dolhins. After all those years it is finally going to happen. 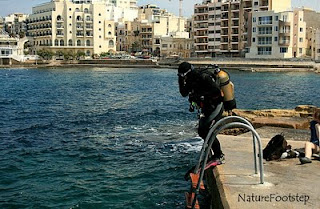 Back at the hotel everybody went to sleep. It is said that the sea tires you and it seems like it. Only I am up writing. and drinking a rom and cola. Yes, I bought myself a small bottle this morning.

Peter will pick us up tomorrow at 8.30. Then we are going to the northern part of Malta. Janet and I am invited as there will be room in the car. There will be 3 aditional divers tomorrow. So far I have seen no birds except for house sparrows. Not much for an island like Malta. But there might be some to see tomorrow.

Translate? See Google translation in the sidebar!
Click to enlarge All photos
110419 Tuesday, traveling day
I woke up much to early. At 5 already. So I ended up with a lot of time to waste. I was
in bed for some time, then went up doing the dishes. Went online and responded to
some coments. Went to ad some more money to my mobile phone. And packed  the
rest of course.
12.25 I left the house. It was fun because My daughter and I came to the parking lot
gate at the same time waving to each other. And we came from two different towns.
What´s the odds for that? Well, I had some trouble reading the instructions so I got a
ticket instead of just paying with the card. But that will do. Both of us got the cars
parked and we met at the gate.
Skavsta is a small airport and very different from Arlanda. But we were boarding in
time, but without my jacket. It slipped out after the security check and when I noticed,
it was to late to go back. But we were going to the summer so, never mind! It was old
anyway. 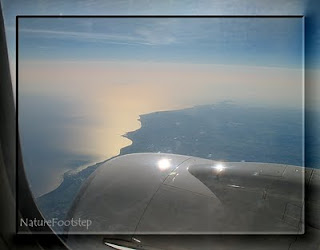 We had no seats but we managed to get 2seats in one row and two seats on the
other side and the row behind the first ones. My daughter and grand-daughter sat
on the left side and I and my grandson to the right. Which turned out to be trouble-
some with photography as we had the sunset and it was very bright.
We arrived at Malta at 19.10 and was picked up by Peter in a really old pickup. I had
to slam the door in order to close it. It was quite  a distance to Bugibba. Took about
45 min and it started to darken. The island looks a bit different from what I expected.
Lots of old stone buildings and kind of dry. And not much open areas. And left hand
traffic. Kind of scary. 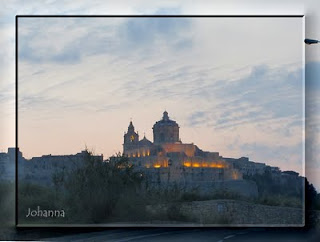 We went to the diving shop first. And then Peter was driving us to the hotel. He will
pick us up at 8.15 the next morning. My daughter and I am welcome to join.
We had room no 9 in he Sunseeker hotel. It is a 2 room and kitchen apartment.
There was a gas stove that looks mean. There were burnt holes on the biggest gas
and I will probably not cook on hat one. After picking our choice of beds we went out
for a walk. We found a place to eat, not that good food but we ate it. Then we found
a woman that offered trips. She had a small booking agency. And she has one
“Swimming with dolphins”.  We have to think on that.
Time is 22.0 and the others are already sleeping.  The Castle was shot by Johanna
from the frontseat of the car on the way to Bugibba.
.
Mer om Malta dykning här:
Anchordiving at Malta
Labels: Resor, travel, trip, journey, vacation, Venedig, Venice, Camargue, Frankrike, France, Costa Rica, Öland, Sverige, Sweden, airplane, flygplan, sky, photo, photography, Monica Johansson, NatureFootstep, nfphoto, NF_photo, nature, natur, fågelskådning, birding,
Anchordiving, Malta, dykning, scuba dive, Bugibba, certificate,
Posted by NatureFootstep at 8:53 PM No comments:

Translate? See Google translation in the sidebar!
Click to enlarge All photos 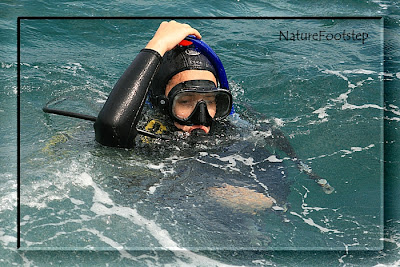 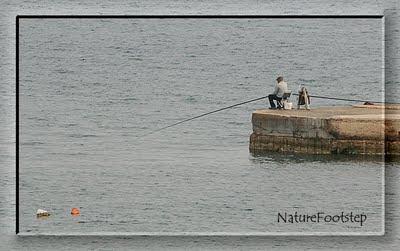