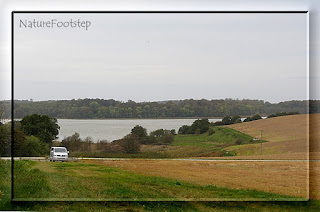 Breakfast at 7 as usual. But no lunch to collect today. But I did take some coffee and juice. We will be birding our way back to Lund and the central station. We left Falsterbo at 8 as usual and headed in north east direction. Our first stop at "Gröna Lund" close to a well known area for raptors called Börringe. We have a We have a very bright buzzard named after that area. But we did not see it today.

But we did see 7 sea eagles when we were birding at Havgårdssjön. Not bad. Some Red Kites also presented themselves. A lot of geeze of course. At  place called Punkten ( the point) we had aRough-legged Buzzard showing off it´s beauty for a long while. And, then, for the first time some cranes. 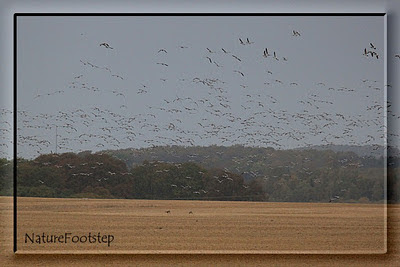 There was not much today and I guess we felt low as we were actually on our way home.

In Lund, as we reached about 11.30 we went to the station and a luchbar. Some paople was hungry and wanted food. We also went through the last birds on the list today. Then we separated.

I had 3 h to my train so I walked around Lund for a while. It is an old college town so lots of it remides of school and libraries. Not really my kind of town. But found a store for magazines where they had a lot of photo mags so I spent some time in there. And then I had some fun photographing a womens hairdo throu some bush. :) 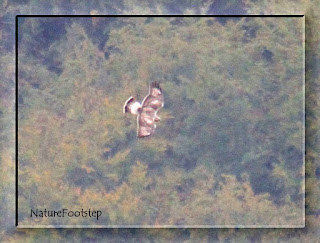 The last shot, a Rough-legged Buzzard

Then almost 4h on the train before I was home again.

Posted by NatureFootstep at 2:50 AM