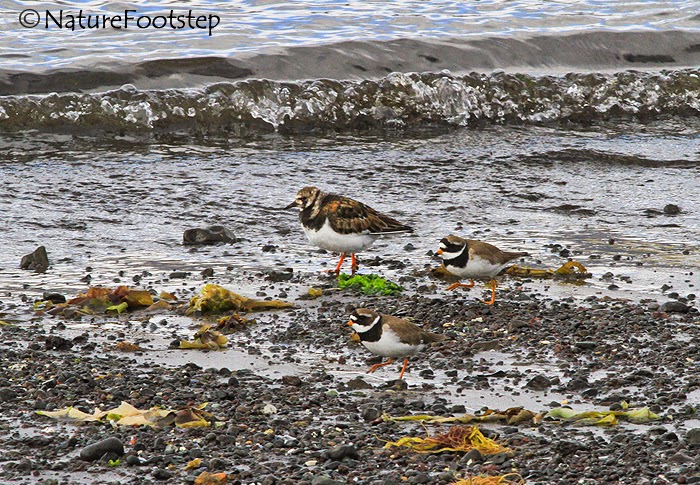 After breakfast I had a little time to go to the fjord close to Hotell Blafell, Breiðdalsvík. It was just around the corner. One of the ladies had told me she spotted an Icelandic Loon. But of course, when I arrived it was gone. But I got some nice shots of Eiders and a few waders and common snipes in the air. Love their sound.


Ruddy Turnstone and Common Ringed Plover on the image. 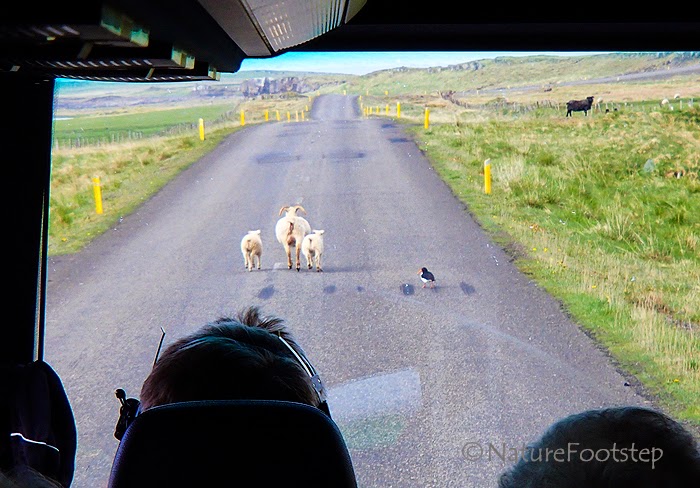 We left that gorgeous little place and headed west along the coast. We made a short stop at the beach ans I think I saw a Loon but it was very far out on the water. Later on a funny thing happened on the road. An Oystercatcher was driving goats away from it´s, I suppose, nest. 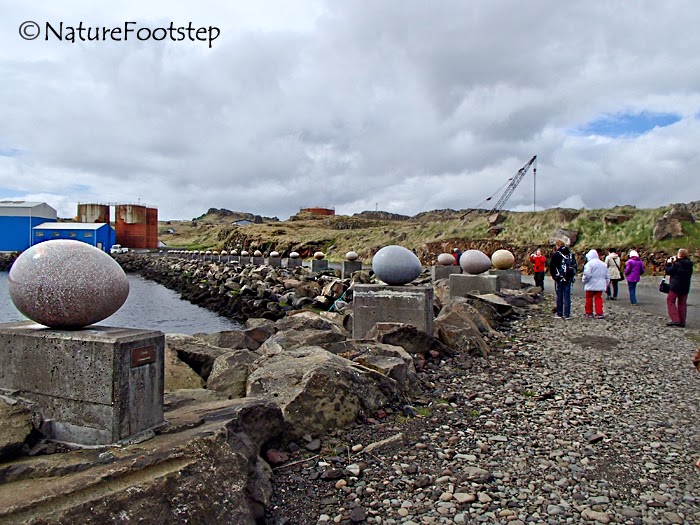 .
.
This morning we had rather much time to spare so there was several shorter stops. First one at a waterfall. Lots of those in Iceland.

We visited a village, a former fishing village, Djupivigor.They had some astonish Stone Eggs, on display at the harbour. Eggin í Gleðivík

We had some refreshments at a coffee shop. The coffee shop had a lot of nice art on it´s walls one could enjoy. Think it was from local artists.  And then a visit to a souvenirshop where I bought myself a calender for next year
. 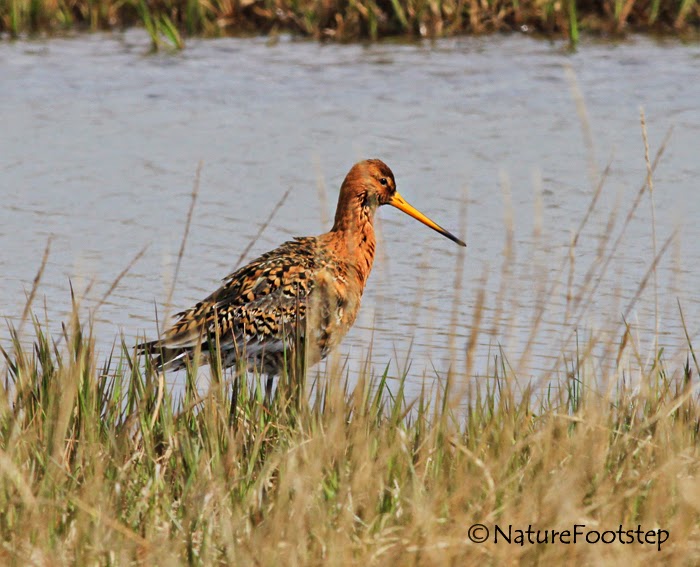 Then we made a detour to a local airport , it was also a well known birding location. Our guide was reluctant of staying too long but we was out of the bus anyway.  I ran like crazy as I had seen a Black-tailed Godwith ( rödspov), in a very beautiful plumage, at the turning point and I wanted some shots.
I got them! 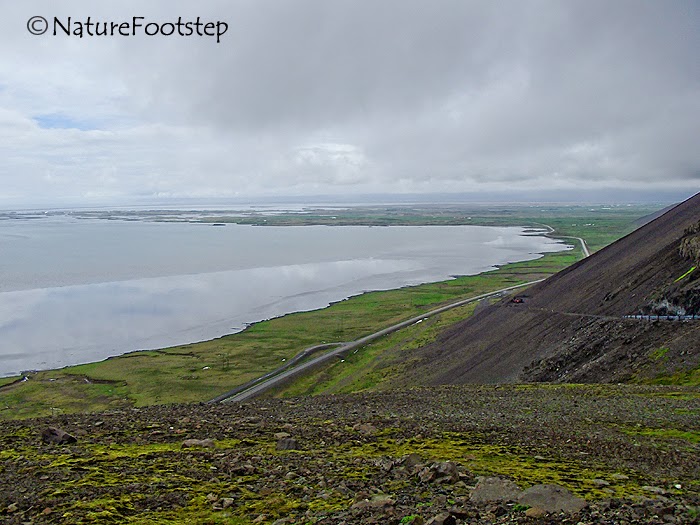 We made another stop at the ocean hoping to see looms but failed. Then we arrived at the tunnel of Almannaskarð. Before we drove through the tunnel we drove up to a viewpoint. Overlooking the bay below and a city far off.
The old road can be seen on the hillside. It was rather  hazardous in wintertime. 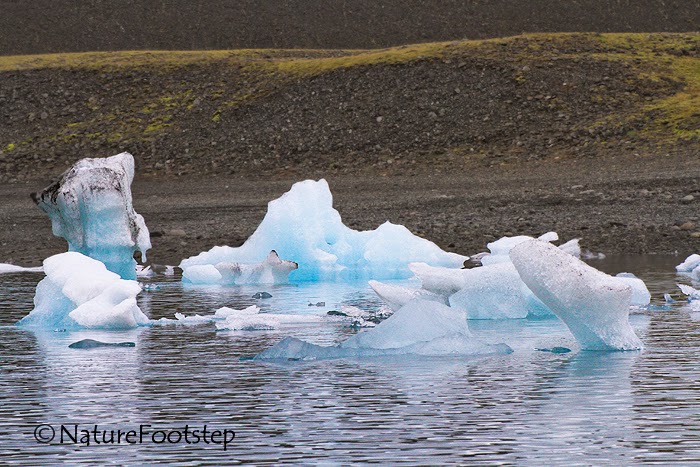 Then it was finally time for today´s highlight, Jokulsarlon Glacier Lagoon, the reason why I choose this particular tour. I only had wanted a little bit of sunshine. But you can´t have it all, can you?
I have already shared one image on my Polarbear on my Photo and Art  blog 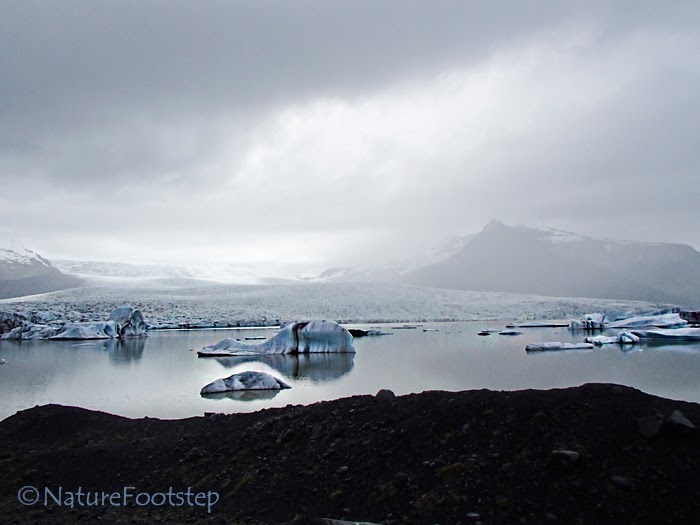 .
.
Well, our guide was not that impressed by the tour on Glacier Lagoon. Afterwards he drove us to another, smaller, part of the glacier. And he was right, no boats on that little lake, but such a glorious place! And with some loons swimming it. The black on the snow is lavasand.

.
.
.
.
Now we had enough of experiences for one day and we continued to the "container" home, as Jon called the Island hotel Nupar. A hotel for overnight stays only, made up of containeres trown out in the desert.  But rather pleasant inside. After a great dinner it was nice to hit the sack! 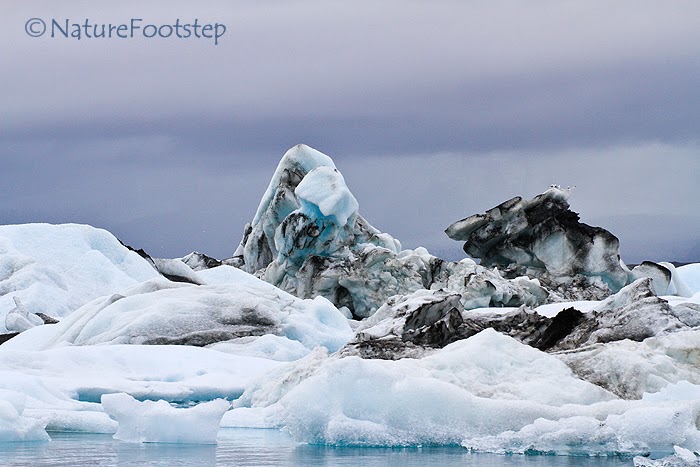