Today we started with breakfast t 6.00h.  We also took some with us as the morning would be long. No break before lunch at 12.00h. Even I took an egg, fruit and coffee. 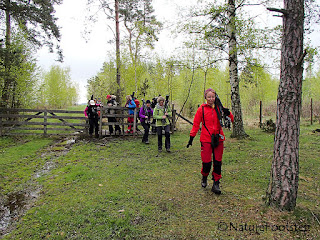 Then we were picked up at 7 for the first nature walk at Svälinge. Here we were divided in two groups. One went straight to the tower and the other one followed a longer path along a ditch to the tower. There was some obstacles, in form of fences,  to overcome during the walk. 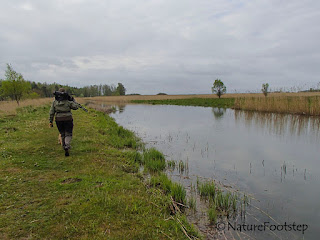 The water filled ditch functions as a water regulator to Tåkern.  It regulate the water level in the Tåkern and empties in Lake Vättern.  It was a nice walk along the water with reed on the other side and with forest and wetland on the side we walked. Lots to see and hear. Some migrating birds already here singing in trees and reed. But rarely seen. 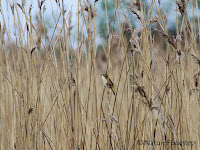 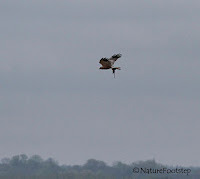 Finally we arrived at the birding tower. The highest one around Tåkern. It seemed rather old too.

From the highest deck it was a really great view. And those who came here first did not seem to want to leave :) And, of course,  a group photo was taken.
Western marsh harrier ( brun kärrhök) with prey to the right

Lots of reed here as well so the clear water was rather distant. 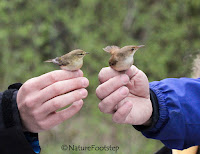 At 10 we left for Naturrum Tåkern where we were for a while yesterday. Today we was lucky as it was some birding event and we were shown a banding session.

One is Sedge warbler,(sävsångare) The other I´m not sure. Quite different in size. 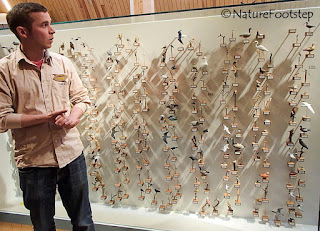 Then we got the tour in side the main building and also a movie from the area. One quite unique thing they have is a selection of small wood carved birds. One for every bird ever sighted in this area. And it is a woman creating them. The guide seemed very proud of them. So far 276 species has been seen here. A little more then a hundred breeds here. For Shadow shot!

Lunch at 12, the same place as yesterday. Now the sky started to darken and people choose to sit inside. 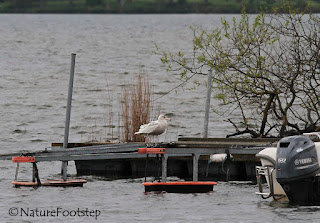 This time to the town Vadstena.  The same place I visited on my way down. We were to look for a rare gull, swallows and a Black redstart (svart rödstjärt) that seem to nest on the roof of the castle. And we found all of them.

A Glaucous gull (vittrut) has been staying in the little harvor for a couple of weeks. 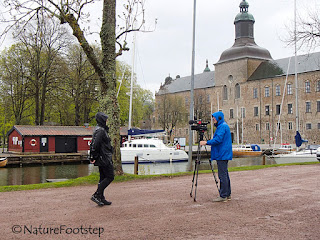 A great day. Now back to the hostel for cleaning the room and get back on the road. Direction - home!

O, I almost forgot, our group was also interviewed of the local radio and TV station. I did see some of it on TV too. TV news  I´m actually seen in the first scene but only from behind, with a yellow backpack. If you are interested. this is my native language spoken.  :)  At Vadstena Castle. 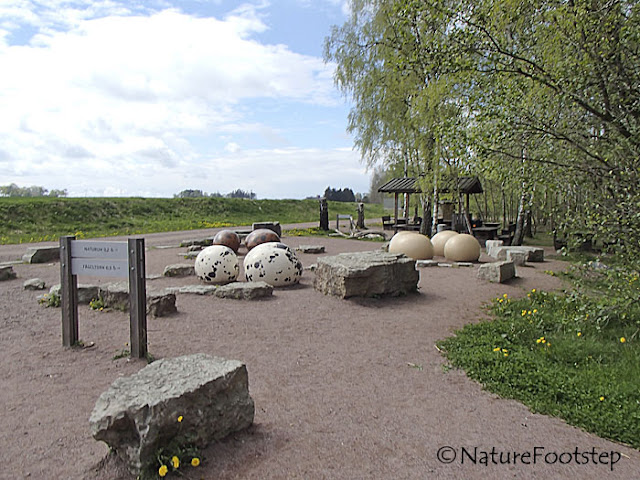