click photo to view with Lightbox
Lots of writing today I´m afraid. Hope you stay with me! I will have to make an additional post for more images. :)

The plan for this day was to go north and visit the Byrums Raukar and Trollskogen. (the links tell you a little of the places) It was 150 km up and 150 km down So, a lot of driving. And it turned out to be a very strange day.

When I left the hostel just after 8 a´clock in the morning it started to rain exactly when I turned the key to start the engine. It started softly so I figured it will stop after a while. But it did not. I took the road in the middle of the island to as it is the fastest road north. The rain increased instead of dissappear. I made a short stop when I did see a peculiar colored horse. Took some shots in the rain.

After I passed the road to the bridge and was on the horth part of Öland the rain increased but then I thought, If I came this far I will at least see the plaaces. So. I continued. Passing the old ruins of Bornholm castle   it was hardly visible because of the rain and mist. It is used today for differnet events like concerts and other things.

Finally arriving at Byrum and the parking lot at the Raouk areafom the rain almost stopped. I could go out with the umbrella but just a little rain. The place was wet of course but probably more beautiful then if it was sunshine and dry. No hard shadows to spoil it. I thought it would be slippery but it was not. But it was windy with much waves on the Baltic sea. This side of the island is facing the Swedish mainland.  I had a nice time exploring the area even if managing the umbrella was a bit challenging. When I headed back to the car a bus with many tourists arrived so I was happy I was already finished. 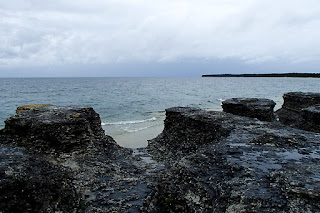 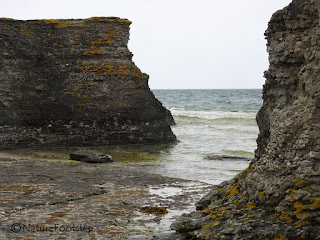 I got in to the car and turned on the key. Guess what, It started to rain again. As soon as I got out from the parking lot it already rained heavily. Driving through a beautiful birch forest I turned northeast to go to Trollskogen (trollforest). The rain changed from light to hard and light again. It was not that far. But closing in at the Trollforest I spotted people standing in the ditches, still raining, and taking photos. Had to stop and check out what was going on. There was flowers, orchids, probably rare ones.  They was beautiful.

Arriving at the Natural Reserve Trollskogen the rain stopped and all of a sudden it was sunny and very nice weather. After checking the area map I started to walk to the shore. This part is facing the Baltic sea and it was calm. Protected from the eastward wind. After a 2 km walk I found the ship wreck Swiks I was looking for. It was smaller then I remembered, I have seen it once before many years ago. You can read about it HERE. I had my lunch here as I wanted to stay for a while. It is a strange beach really where the wreck is. No sand just rocks and pebbles. 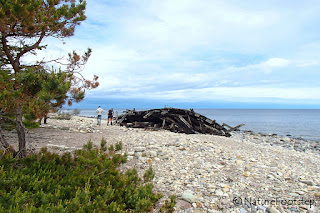 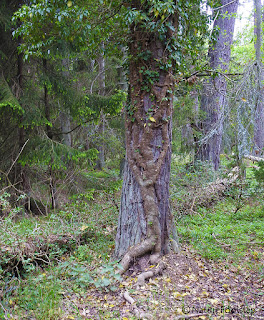 The forest is strange too. Lots of trees are deformed, maybe because of wind and maybe salt water. This forest is as close to a rain forest as you can get in Sweden. I even found ivy that strangled the pines. Looked very strange to me.

Back to the parking lot, turning on the key, the first raindrops appeared on the windshield. Driving through the fence around it, it started to rain heavily. And it rained more or less all the way down to Färjestaden where the Ölandsbridge are.

Entering the south part of Öland the rain eased but not the wind. I first went to Eckelsudde where the Avocets should be but they were gone.  It was still late afternoon so I thought I would visit Eketorps Borg (Fortress). A place they rebuilt from archaeological remains. In 1984, Eketorp's museum opened. 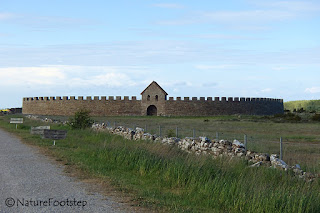 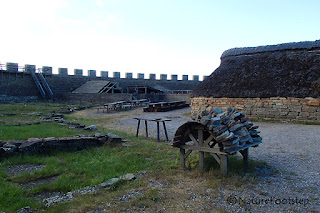 Before I went back to the hostel I took the road down to Ottenby where I was greeted by Fallow deer, Oystercatches and a LOT of  Common Swifts that had arrived since yesterday. They were very busy trying to fly in the hard wind. I had a lot of fun watching them and take shots. The air was filled with swifts and House Martins. 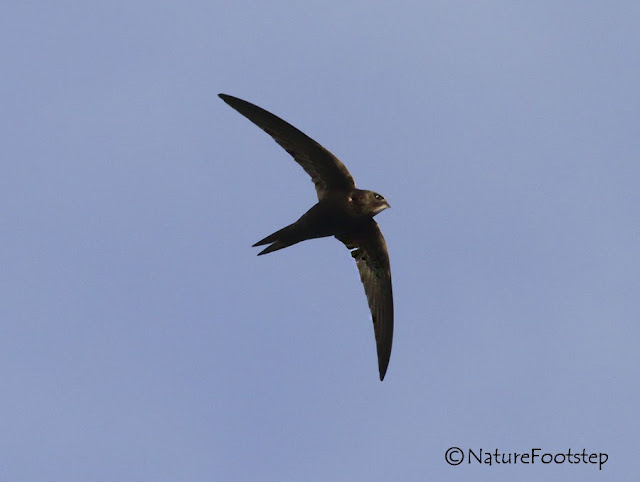