Woke up early and went out for a stroll in the hotel garden,  parks and the beach before going back to pack and have breakfast. I tried to find one of the birds we have not seen but didn´t see it. 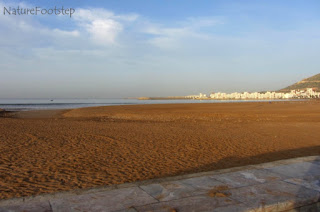 I like the breakfast at this hotel. Really great. The bags will stay in a luggage room over the day. We were a bit late as our second party, a man from Scotland, was waiting at the wrong hotel. But finally we embarked at the harbour. The boat was rather small and had seen better days. Probably a luxuary yaht in it days of glory. Going to the loo was not fun. 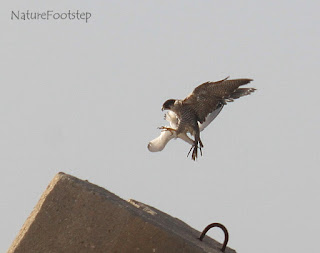 When we left the harbour we saw a Peregrine Falcon (pilgrimsfalk) snatch a Sandwitch Tern (Kentsk tärna). Funny thing is that severel of us was preparing to take a shot of the tern and did not see the falcon coming. A great experience indeed.

But  after that there was not much more. I think it was rather empty of birds but Anders seemed rather pleased. Or he pretended to in order to cheer us up. 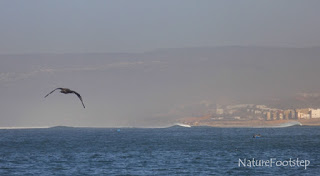 I was confused about the haze over land until I realized it was sand in the air.

We saw the Cory´s Shearwater (gulnäbbad lira) and Red Phalarope (brednäbbad simsnäppa). There were lots of food served omboard so we were certainly not hungry when we came back to the harbour around 15.00h. 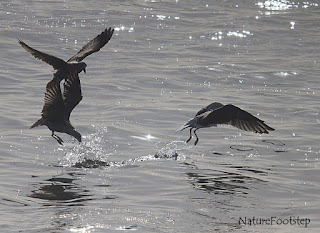 There was food for the birds also but with the lack of birds most of it was left when we turned back. We throw it out to the terns and gulls. That was the fun thing of the day if you ask me.

At one point I was rather pissed. I was just seated at the table when the Red Phalarope came into view. Like everybody else I wanted to see it and to take shots. But I was locked at the table with people on both sides and could not get out. And People standing right in the sight path not moving aside despite I begged them to move sideways and even though they was able to do it they did not. I got one shot below somebodys armpit. From the back of course.  :(

We went back to the hotel to pick up our luggage and then started the journey to Marrakesh . We took the highway this time to shorten the trip. It still took several hours. We arrived at Gueliz Hotel about 19.00h. M is very dirty and dusty and I felt it as soon as we arrived. Not a great feeling at all. My lungs would not like to live there.

Birdlist at 20.00 and then dinner. A bufé again. Tired and slept with the computer in my knee again.

Tomorrow at 9.30 we go to the market and around town. Back to the hotel for a quick shower before we go the airport. 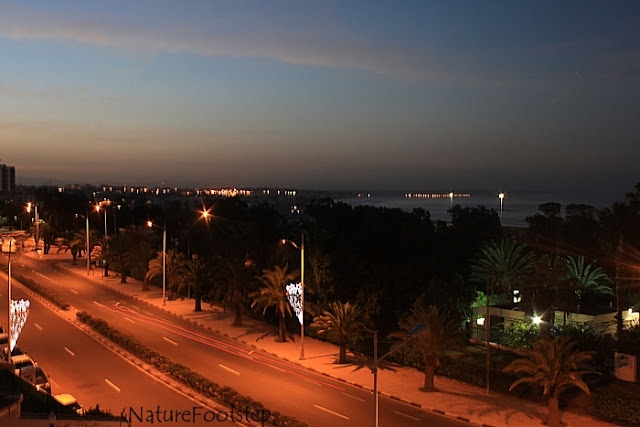 Posted by NatureFootstep at 6:10 PM