Woke up the first time rather early but then I slept till 8. Went up and headed for breakfast. I met some of the others at the dining room so I joined them. The 3 of us that was from Denmark has already left the group for an early flight to Denmark.


At 9.30 we left for the Marrakech market, Djemma El Fna. Quite interesting place really. It was not only the square outside but also a lot of shops under roof or tentlike rooms. And I mean a lot. I´m not too fond of places like that but I had company at all times so it was ok. It is easy to get lost when you don´t know the place. I compared it with the Kairo market I visited a lot of yeas ago and this was really different. This was very clean and well maintained. http://www.ilovemarrakech.com/marrakesh/el_fna.htm 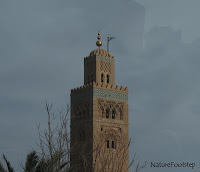 First thing when we jumped of the bus was an entire street with horse wagons one could rent. We did not as we were supposed to take a look at the market. Then I notices something that made me a bit uneasy. On three buildings were gallows. I really hope they were not in use. But was still there only as a warning. I took the shot from the bus. That is why it is a reflection. 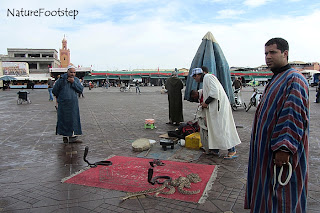 There were snakes, monkeys and people trying their best to get our attention. Some were earning their living by being “clowns”. What a life! A few women was painting with henna. I would have loved it but there was not enough time.  A lot of noice all over that almost made my ears cry. We walked around for about 2h then we went to a restaurant to get some food as the plane don´t offer it. It was a nearby restaurant with a gret view over the market place from the balcony. We were even able to get some new birdspecies from there. 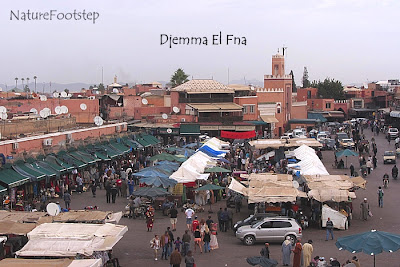 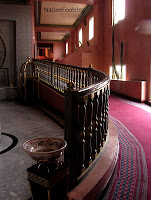 Back to the bus at 13.00h to go to the hotel. I took a quick shower before finish packing and leaving the room.
Writing a bit in the lobby. The image shows the pathway to the second floor. It had a very nice fence. Enlarge for a better view.

The airport was a disaster. Talk about waiting in lines. When the incheck was supposed to start the info boards said point 8 and 9. But there stood Manchester, not Arlanda. After a while a person came and chooed us over to point 20 and 22. But point 22 was out of order. So, again after 20 min a person came and told us to go to line 5 and 6. LOTS of people there and a very slow process. Then some person, again, told us to change point. This time we actually got through our luggage and got our boarding card.


Passing through security was both easier and worse. First point was fast, did not even have to remove the computer from the backpack. But next one I had to go in a female line. For body visits. But after a while the males checkpoint failed and they came over to the female line. Chaos! 5 min later their point worked again and they had to go back to the male line. :) At passport control we were actually checked out from Morocco. This is the first time ever I have been checked out of a country. I have immigrated a lot never exited. :)


All of this took so long that the plane started boarding long before we came out of passport control. So no time for shopping. :( I was happy to buy a bottle of orange juice.


We had to go to the plane with a bus shuttle as the plane was not connected ith the building.


Flight time about 4.5h and landing at Arlanda probably 10 min late at 00,20 local time.
I could not take shots during the takeoff as they had some rules of keeping digitals off during takeoff. To bad as it was dark and really a beautiful sight with all lights below.

But later on we were allowed to turn on everything. They even had internet connection. So, I was online while I was connected as well as upplifted in cyber/space.  Sounded much funnier in swedish. :) "Uppkopplad and upplyft"

The weather was good so we landed on time at midnight. Now I spend a few hours on a bench before my connection home by train. 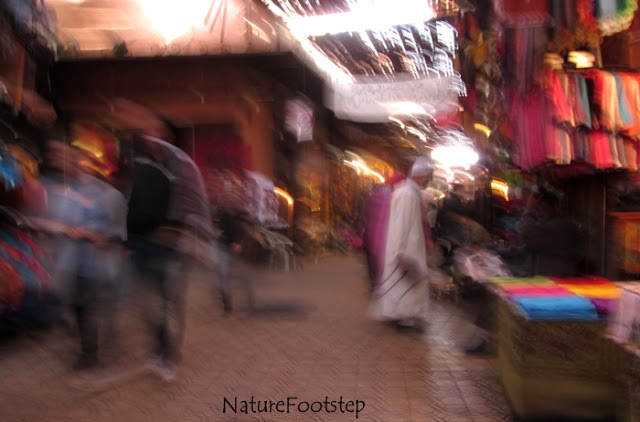