I had seen reports of  two Great White Egrets in Kvismaren. So waking up monday morning with ratehr good weather I decided to go there. It is about a little more then an hours drive to the location from where I live.
My first stop at the lake Rysjön where the Egrets were supposed to be I saw none. But a lot of greylag geese and swans and a few ducks.  I continued to the area called Öby Kulle, a place famous for lots of snakes in spring. They spent the winter hibernating in an area now fenced. 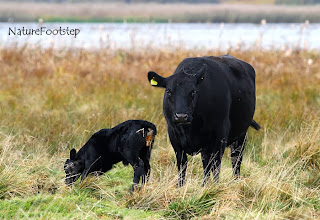 Well, I took my gear and started out to the birding tower. In the area there are cattle grazing and I saw something that made me stop. There was a newborn calf lying in the grass. I saw it´s first steps in this world. What a pleasure to see this. From what I can tell it was a boy. :)  On my way back I could see there was actually one more calf that seemed to be only days old. Both of them black in color.
After a while I left the little family and headed for the tower. Checking out the wetland I noticed it was very little water. Lots of small island I never seen before. But no egrets.  But a hungry Sea Eagle harassing the birds in the lake. After a while a group of Grey Herons flew in over the lake. The Eagle seemed to think one of them would make a great dinner. Maneuvering it out of the group. I was a bit unlucky as the pair flew in front of the sun and became silhouette's. But I was pleased anyway. The heron went for the grass and once on the ground it could use the beak as a weapon and the eagle had to give it up.  Good for heron but bad for eagle. 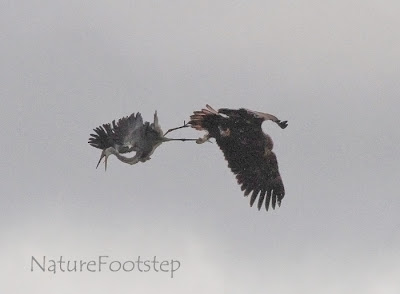 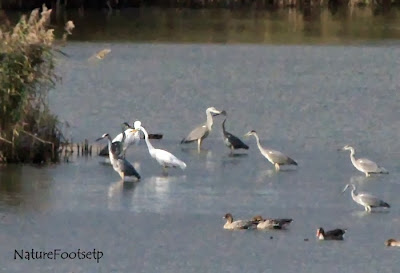 Now I turned my attention o the egrets once more. And now I finally found them. Far away of course but close enough to ID them. I sat down on the table an ate an apple. Enjoying the area around me. Took a lot of shots of course as that is what I do.


There is a problem in Sweden causing me to do one thing on the tower. I put my scope on the table and stood on the bench to watch the lake. On this tower I can do just that. So, why am I doing that? Because the towers are built for men and I am always too short to see anything. The rail is always in the height of my face causing me to either kneel or stand high up on my toes. And it is always blocking the sight path through my scope. None of it is fun. 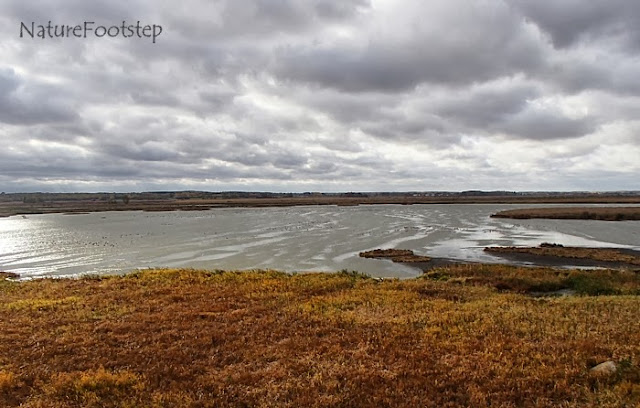