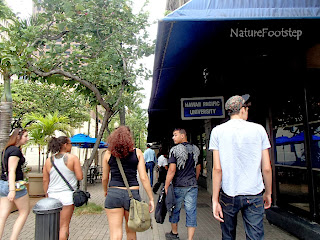 First morning I was picked up by my family at 9. For breakfast and a round tour in the area surrounding the school. They were accompanied of Isabelle and her brother. Arriving at Hawaii Pacific University we started to look around. My daughter found a place where she could get her nails done so she and my grand daughter got an appointment. Then we headed for breakfast. Isabelle invited us to one of her favourite places. A good one. Then my daughter and granddaughter went to the nail shop and Isabelle guided the rest of us through the school and the neighborhood. 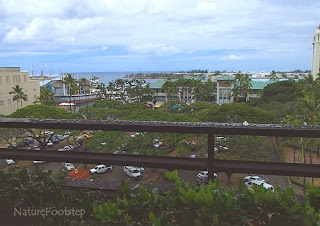 Isabelle is a great guide. She guided us through market places and let us taste the Hawaiian specialties. And also we went through a Chinese market. She also had some "secret spots" she shared with us. A place with gorgeous view over Honolulu harbor.

I also noted that H has a lot of artwork here and there and, of course, some birds too.

We picked up my daughter and grand daughter at midday. Had lunch at Mc Donald but as we tried a lot on the tour I was not hungry. Only had a Cooke. 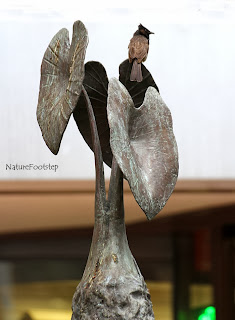 Then we headed for Ala Moana Shopping Center. First stop, Victoria´s Secret! That was cool! And a beautiful shop. My family members got the shopping fever I think. Both in VS  and all other shops in the shopping center.
At 4 we were picked up and headed for a restaurant which speciality was flamed food. It was nice as all of my granddaughters roommates was attending.

After dinner some of the others wanted to go to the movies but I was not interested. Isabelle was driving her brother to the airport so I joined them and she let me of at the Hostel later on. Talked to a couple of guys for a while and then took a stroll down to the beach. Back at the hostel I was surprised to find all of the guys sleeping. Quiet as a mouse I uploaded my shots to the computer, took a shower and went to bed. 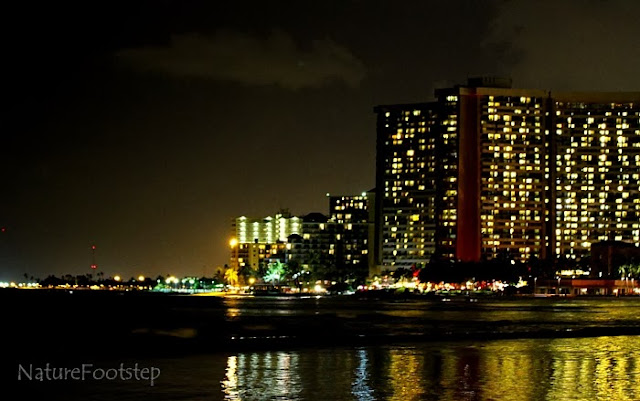