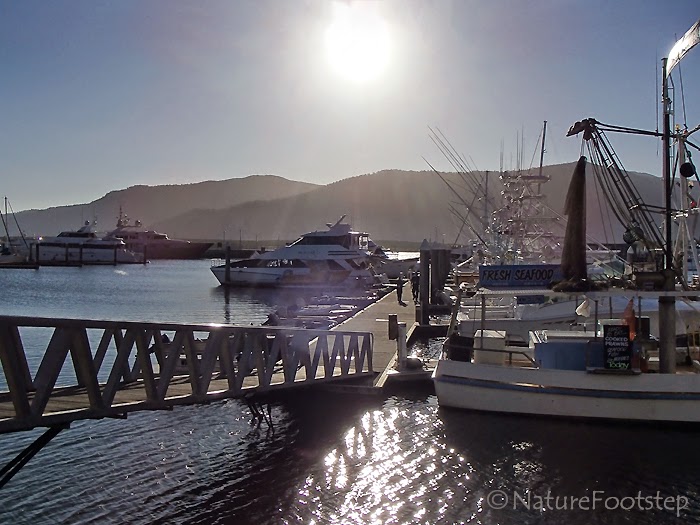 Woke up early for breakfast 6.30 and then, at 7, we took a taxi to the harbour and  Seastar Cruises . Bringing bathing suit, towel, sunscreen and whatever would be needed during the day. As we were rather early we had to wait at the harbour before entring the catamaran. 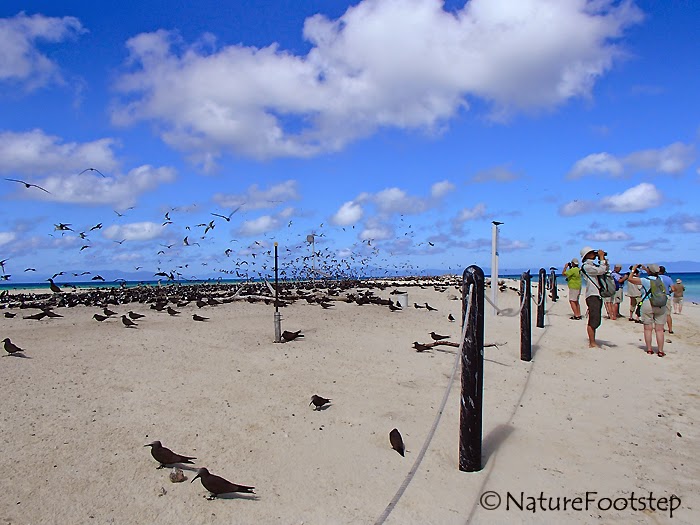 At 8 we left the harbour to go the 40 km trip to MICHAELMAS CAY. It was a smooth trip with almost no waves.
As we are birders they drove our group into the little island so we could check out the birds before we started to scubadive. That little island is a heaven for seabirds. And a sanctuary. We were only allowed to be an a rather small area and the birds on the rest. Some of the birds we encountered: Great Frigatebird , Lesser Frigatebird, Brown Booby, Brown Noody and Sooty Tern.
That was fun. 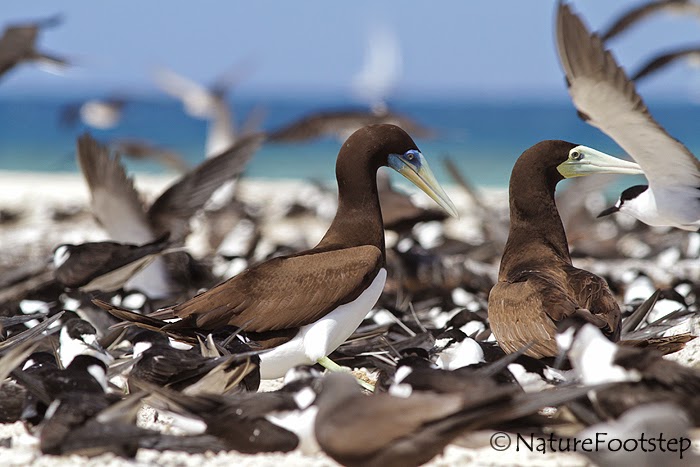 A pair of Brown Boobis among lots of other birds. So close you have hard to see which one is which. The pair seemed to be in courtship. (?)

Being very nice to each other. Many other of the birds seemed to have nesting instincts going on as well.  Fetching nesting materials, in this case mainly seaweed from what I could see. 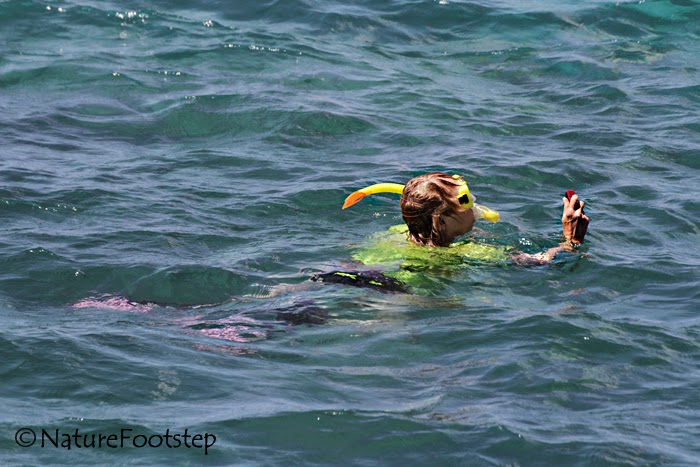 After a little more then an hour we were picked up to go to the boat to start diving. That is fun. I choose to swim without safety vest today. It is not really needed as the water is lifting you up. As long as you are careful.

I had my little waterproof camera tied to my wrist so I had fun swimming around trying to see nice things to take shots of. Well, hey, it´s me. Can´t be without the camera. A friend took the image with my other camera back on the boat. The big one is not waterproof. :) 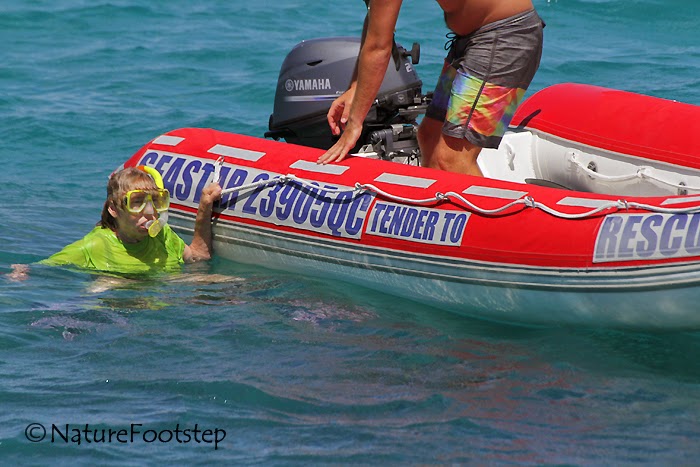 Then somebody came and told me it was time for lunch.  Lunch? Do I have to?

Afterwords I was regretting going up to eat. When I went down to scuba dive  the second time I got cramps in my right calf after only 10 min. And then I could have had use of a safety vest. But I had to go up then. Can´t swim with cramps. 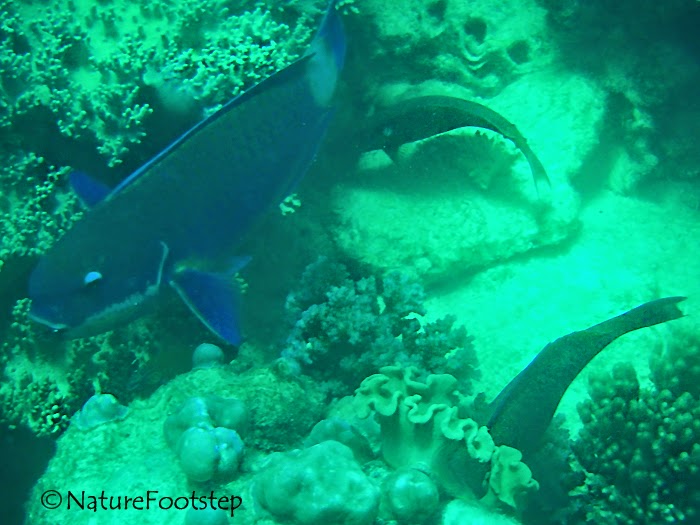 Later on it was time for a tour with the Glassbottom boat at the HASTINGS REEF. Not far away. That was a bit dissapointing. Not much to see really. 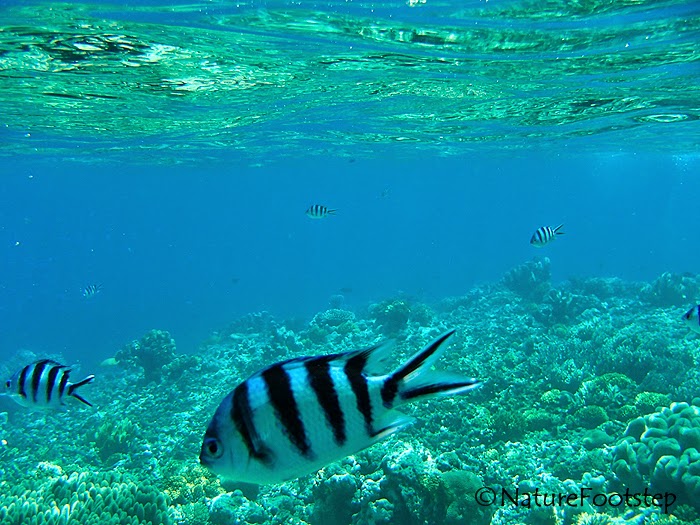 Around 3 clock we started the tour back to the harbour and Cairns. 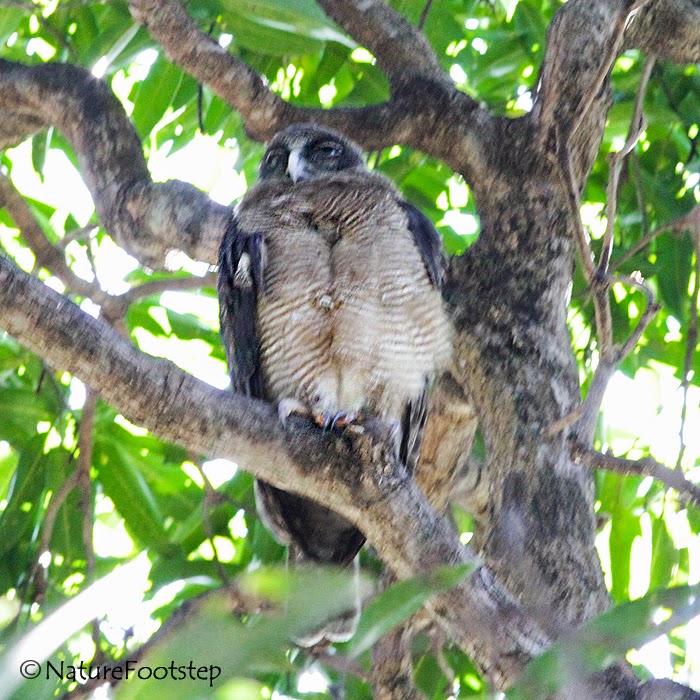 We started to walk back to the hotel passing the park to look for the owl. And now we found it, the Rufous Owl, sitting high up in a tree. It was quite fun as people were stopping wondering what we were looking at. We told them and I also showed my images to some kids so they could find the owl in the tree. Knowing what to search for.

Later on I was once again stopped at the Esplanade. People were curious about us as we spoke a different language and thought Pelicans are cool birds. :) 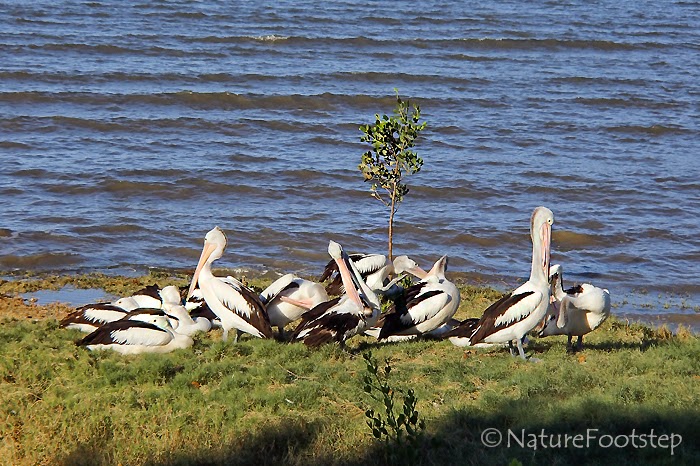 There was plenty of time to enjoy the Esplanade, the people and different features along the Espanade. And of course the birds. I also found a skateborad park and it was fun to compare it with the new one in my town. There are some artwork along the Esplanade as well. Loved to check it out.

We finished of the day by going to a restaurant to eat. And then an early night as we are leaving for the airport at 04.00 to go to Brisbane. 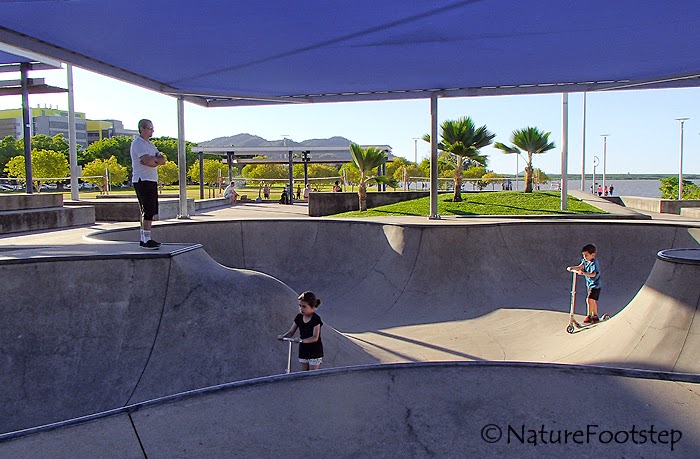