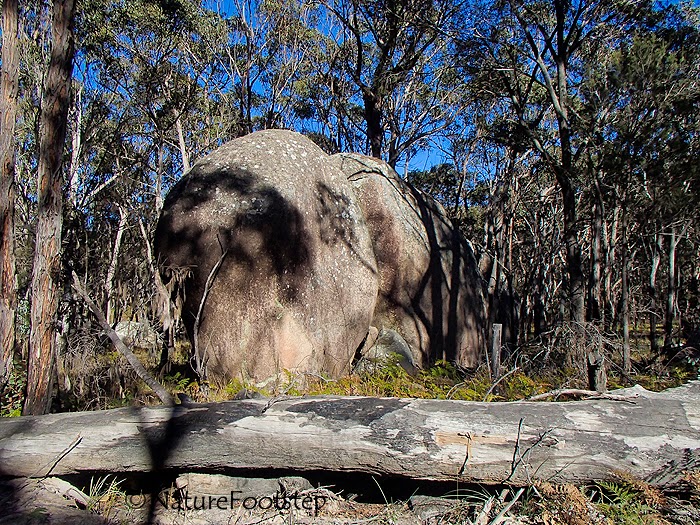 Breakfast at 6.30 and then we picked up Glenn. We drove to Girraween NP and spent the most part of the morning there. The park is known for it´s large rock boulders. We saw some of them from the car and during the first part of our walk. In Sweden we say rocks like that are thrown out by a giant in ancient times. This part of the park is mostly dry eucalyptus forest. We saw some birds, lots of rocks and we tried to find a Superb Lyrebird but only saw traces of it.
The rock on this image I thought of as being an elephant. Seen from behind. 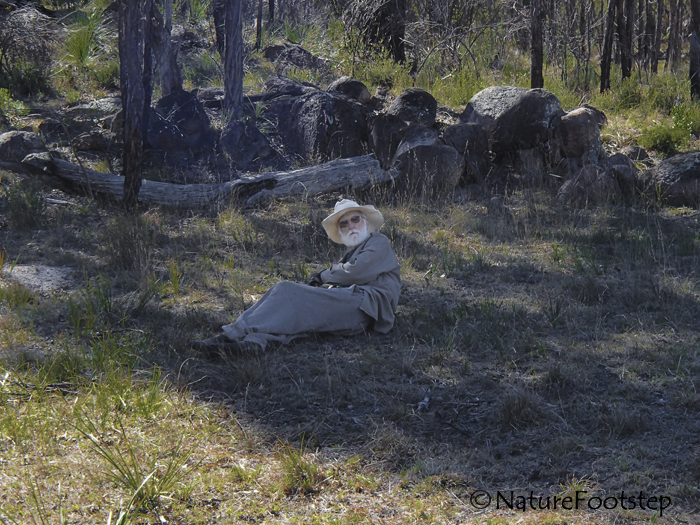 And then our guide was taking a rest while we were looking for birds.

We continued to a wetland. And I was unlucky, I got stuck on a root,  stumbled, ans fell to the ground. Nothing broken or was hurt. Except for my pride of course.  Never happened before. Well, this turned out to be a great little pond with nice waders and other waterfowls. Red-kneed Dotterel  was among them. 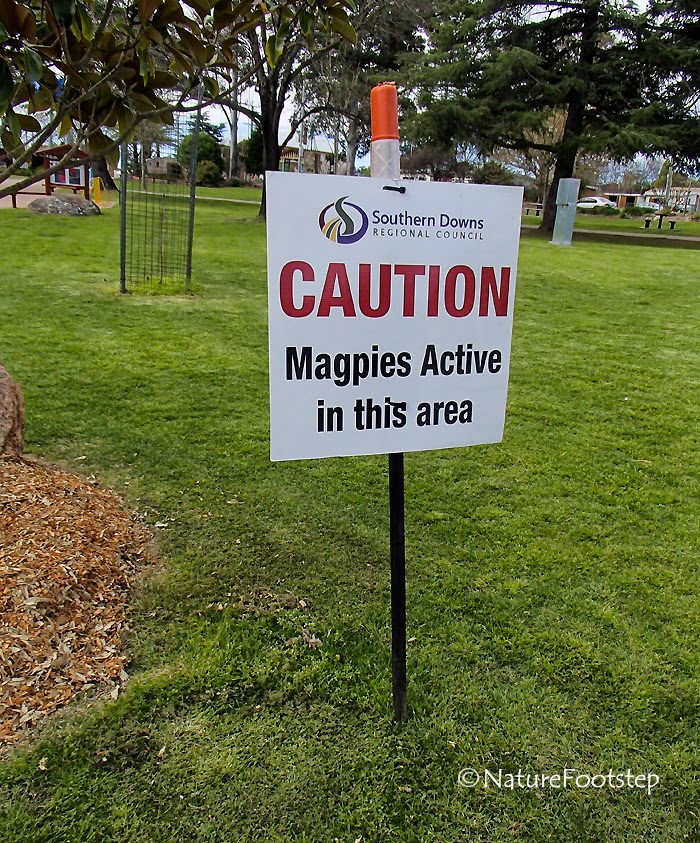 We had lunch in a small village, probably Stanthorpe, and we found the library where we could use the toilet. On their lawn was a sign " CAUTION Magpies Active in this area". Had to ask our guide about that. He said that when the magpies are in breeding season they  become quite hostile so people had to be aware of that. The rest of the day we visited different places here and there. I have no idea of where on the map we were.

We were passing a lot of plantations which I think was apple trees. Covered with nets. Probably protection against too many birds. We also made a stop at a mast for phone. That´s where I heard bellfirds the first time. 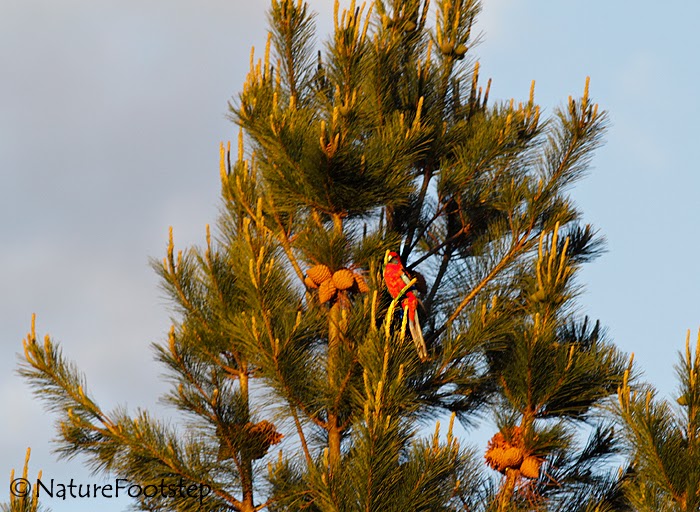 At the very end of the day se spotted a bird in the setting sun. It was a Australian King-Parrot. More red then ever in the light of the setting sun. Well worthy of being a christmas tree decoration.

When we was gathering for dinner I stumbled again and fell in the diningroom. Now I was worried. Not good. I did not feel dizzy or anything but remebered the foot being stuck. So I took a look at the shoes. Yea, it was broken. A piece of it was loose and that was the reason why my foot was stuck at something and made me fall.  Next day I changed to another pair and I was good again.
After dinner we went through the bird list in the Motels reception as the diningroom was all occupied with other guests.
I was tired and fell asleep with the computer in my knee. No shower that evening :)

One of the boulders in Girraween NP 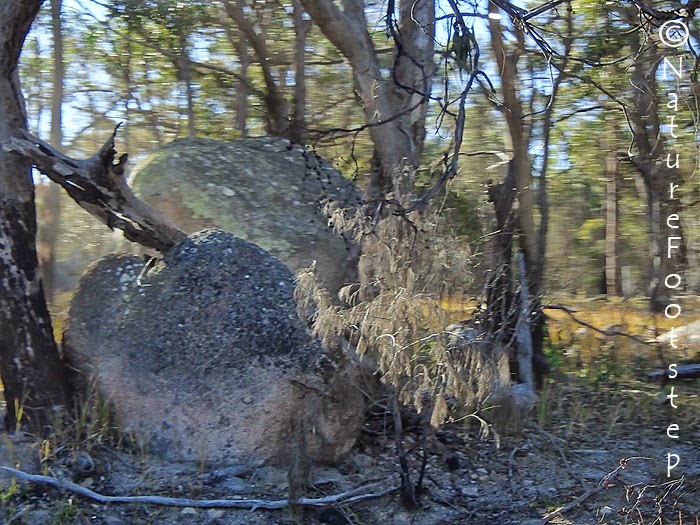