This was a really looong day as I travelled from Arlanda, Sweden to Jackson Hole in Wyoming, USA. Going there is following the rotation of the Earth so it was a loong day even if your watch told you otherwise.
We took off at Arlanda at 06.30 and landed in Jackson at 14,55.  Seems like a bit more then 8h 25 min.  Not much really.

BUT,
ARN -  AMS was 2h 10 min
going through procedures 1h 50 min
AMS-SLC said to be 2h 46 min. In real time it was 10h 46 min Due to time difference.
going through costume in SLC a little more then an 1h
SLC to Jackson 1h 5 min
Mostly on time except for Arlanda when we were delayed due to fog in Amsterdam.

And it was still afternoon so we did take a walk in Jackson before dinner and, finally some sleep.

Most of the trip was cloudy so despite having a windowseat I did not see much of the Atlantic or the USA mainland. But closing in to Salt Lake City the sun appeared. And Jackson welcomed us with a sunny afternoon. We visited the central park with an antler entry in every corner and I also visited an Art Gallery by an artist named JD Challenger. WOW, that was something I could have bought if I had a LOT of money. 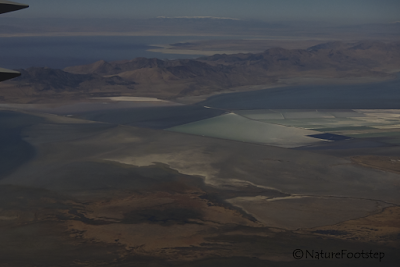 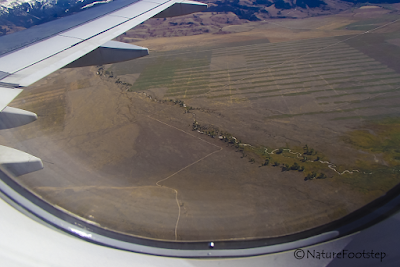 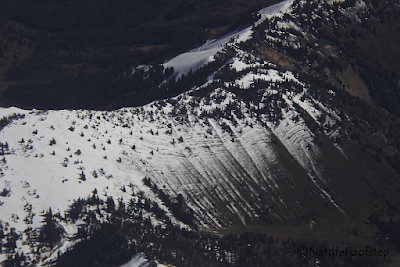 Sitting in the sky looking down on Wyoming. 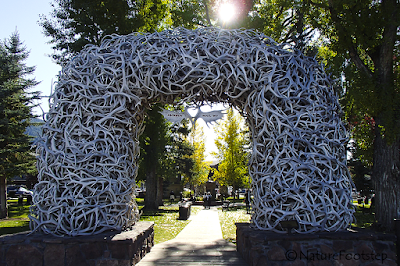 Entry to the park in Jackson Hole.  Made of deer and elk antlers 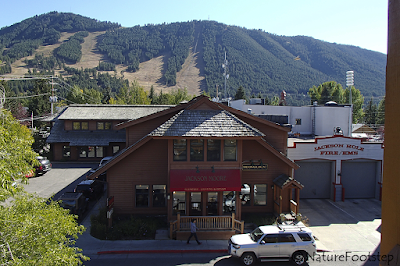 View from my room at Jackson Ranch Inn.  A Ski slope. 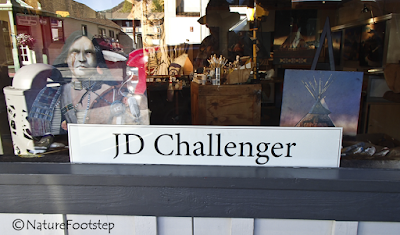 We gathered for dinner at 20.00h and went to a restaurang. Food was great and they had a bison in there. We was supposed to have a session where we presented each other but the place was too busy to do that.  Dinner took 2h so we were to tired to do it at the motell.

Being up for probably more then 24h it was good to finally go to sleep.

Linking up with: Sky Watch Friday  (not much sky today but there are skies and I was in the sky as well)