Stockholm on route to Storulvån, 110613 Monday

As there are always trouble with comunications I decided to go to Stockholm with an earlier train. Lately there has been trouble with delays due to suncurves and runover cows. :) Yea, the news said so.

I walked around town to see if there were something interesting to shooot. But found very little. The city is not interesting in daylight I suppose. I wanted some shots of the castle and City hall for the blogs but.....I had to settle for sunshine and nice weather. 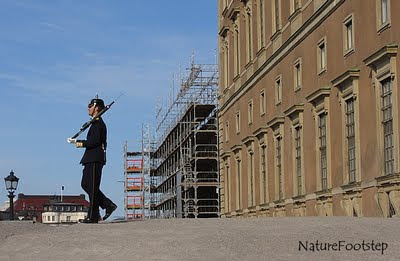 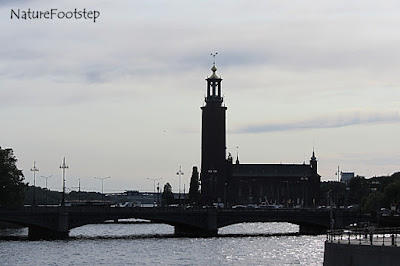 I visited the royal castle but there were lots of building stuff as they were working on repairs or whatever. But I did take a shot at the guards. The same with the The City town hall, lots of work going on there as well.

I went back to the trainstation to look for PizzaHut. I found it but they did not have Hawaii so I went searching for a hot dog instead. The train going north was, of course, late. We were able to embark 15 min after ordinary time but it did not leave until 23.00. Did not matter really as we were to sleep anyway.

We were 6 ladies in the room and we made the beds right away. It was quite OK to sleep on the train but sometimes I half awoke when I started to slide up or down when the train passed a curve.  At 5 people started to leave the train. And after that there was no more sleep.