This was My World last week. The Mountain Range in Northern Sweden. :)
Outdoor Wednesday 128
Click to enlarge All photos
NF Photo 110614
Storulvån 110615 Tuesday, Hostel Jämtland - Storulvån Mountain Lodge
I arrived at Enafors train station as sceduled. A lot of people went of and we met the Guide Johan inside the station. It turned out that we were 17 people in the group. 18 with Johan.

After presentation and introduction we headed out. We went to Ånnsjöns Bird station in Handöl. We had a introcuction to the work on the station and then spent some time birding before having some picknic lunch. It was rather cold so having the lunch  sheltered inside the tower was great. 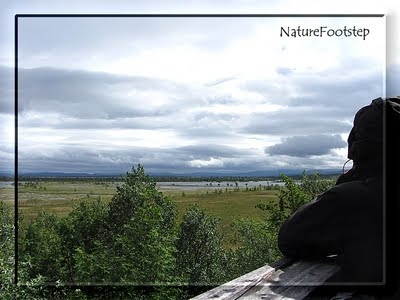 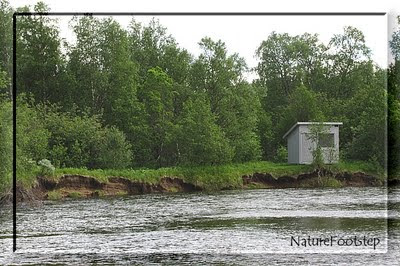 After lunch we left for a hike up to the waterfall. It was beautiful. We did not see many birds but heard some as we went through some dense bush area to the river.  We did pass the little cottage they used for ringing birds. As seen in the photo the river eats up the side so soon the little house will have to be moved. We did see some a lot of mountain flowers and other stuff while hiking. 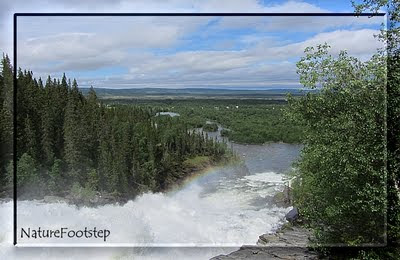 The waterfall in Handöl
After the waterfall we went down to the lake again. To see some waterbirds. Some terns was there and one duck. (bläsand) as we could see. It was now beginning to warm up. It had been rather cold during the morning. So People started to remove clothing.

We took the cars and drove the 11 km to Storulvån. Saw a bird of pray along the road.

When we arrived to Storulvån it started to rain a bit. But I went for a walk none the less. 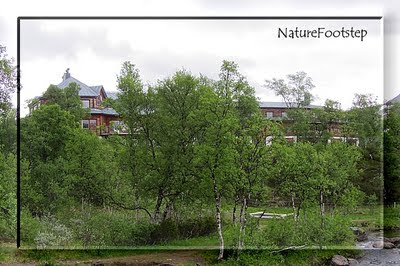 Several of us want to see the bluethroat. But today we did not.

At 18.00 we was served a 3 course dinner. Very nice even if it was not my kind of food. (jordartskocks soppa m korv av någon fjällfår tror jag, inkokt röding och hallonsorbe.)

Then we sorted out todays birds and Johan told us a bit of the history of the station. My room mate is probably sleeping by now as I am sitting in the lounge writing this.

Tomorrow breakfast is served at 7.30
Then off to some hidings and hoping for no rain.

Todays birds seen or heard of the group: 50. And then some rare flowers. :)