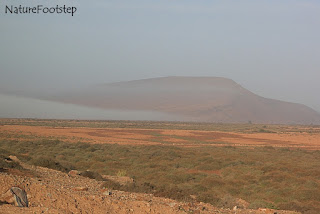 This was a misty morning with fog all over the place. It was quite nice but hard to get a shot at from inside the bus. But finally I think I have a few good ones.

7.15   For the first time we had a constapel entering the bus wanting our papers. He got it and off we could go. Was this the last one? We´ll see.

At 8.20 we made our first stop at Oued Boussafen, at least I think that´s the name.  A bushy land scape with some smaller birds. Here we met our first Blue Rock Trush (Blåtrast). Nice. And I got  a Sardinian warbler (Sammetshätta) too. :) Image to the right.  It had been raining so the mud was slippery. But I don´t think any of us fell to the ground. Even if it was close. I was glad I did not bring the spotting scope.


9.20  We spotted a group of Sandgrouse (flyghöns) from the bus and was able to stop for a while. 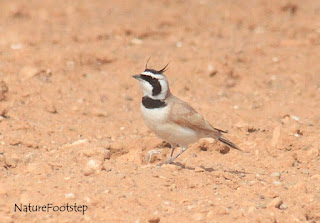 13.00
Next stop was at the lark plane (at TanTan 100) where we stayed for about 4 h and we all got really tired. Got some great shots of larks and other birds like one of the hens.
Temminck´s Lark (ökenberglärka) to the right.

To finish the day we made two short stops at some Oueds, will get the name later I hope. But there was not many birds so we did not stay long. 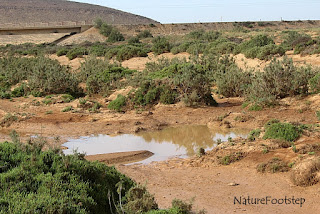 At the bridge with the waterhole it had rained a lot so it was a lot of water there now. And the color had changed from orange to a darker wet sand. So today the birds had a lot of places to go and drink and was not to be seen. Even the dromedar was gone. A bit of a dissappointment.

The last stop was the boring dry Oued we visited first thing in the morning on our way down. Nothing to see today either. But for one thing. There came 5 storks sailing over us. A nice sight. 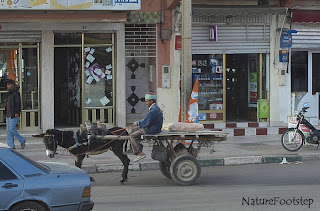 Well, we stoped birding rather early and went to Guelmim to to find the supermarket and to go to our new hotel. Known as HAM. It is a great one but the room is a bit chilly. We had our birdlist at 18.30 and then dinner was supposed  to be at 19.00. But of course, we had to wait a long time at the table so Anders effort to get an early dinner did not  really work. We were shown up to the second floor and had to wait, and wait, and.... But the food was ok when it arived. 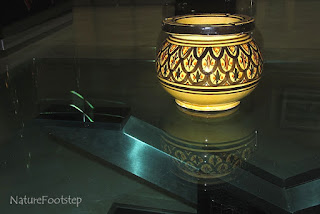 21.40  Sitting in the lobby and that is not that fun. People coming and going and connection not that good. But they had some nice things for my camera. A vase reflection on the glass table. :)
For weekend Reflection 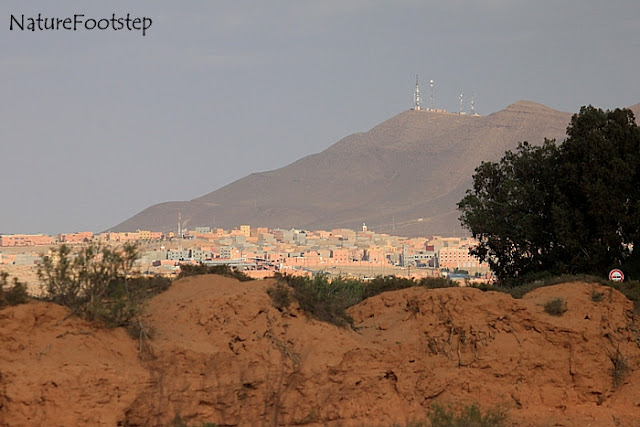