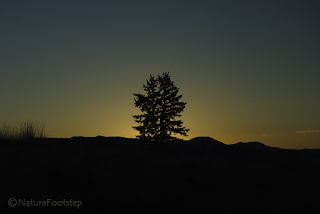 Today we were up and out before sunrise. Packed and ready to leave. But the baggage would stay at the lodge until we comes back from Lamar Valley. We were given our breakfast yesterday evening as we were up before breakfast started.

I spent some minutes trying to capture some stars in the camera. Got Venus and halv Orion. Just for fun. It was a clear morning. Then we left.


After about halv an hour we spottes a group of Wapiti on a hill. Everyone out of the cars. This is the kind of shots I wanted for several years. But there are no hills or mountains like that where I live so I was quite happy about it. 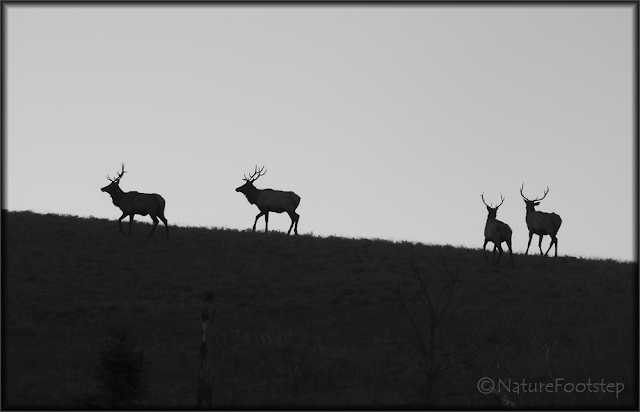 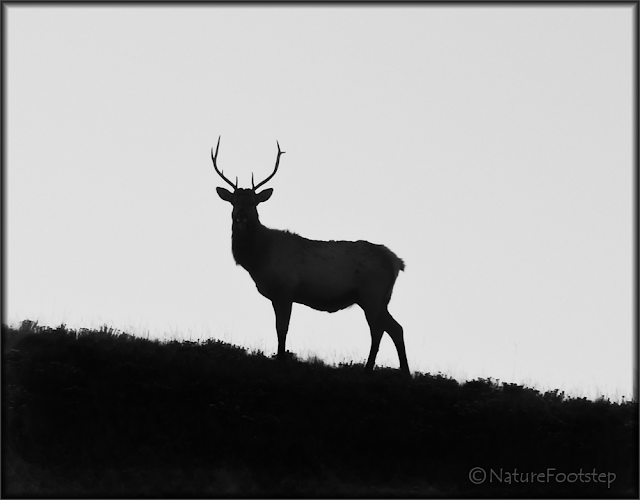 Next animal up was a brown bear. Wery hard to see and to photograph. It was about two m up from the road and in bushes. I´m to short so my images was not good. The taller men got great shots. It is unfair!  😞  The bear is turned away from me and I had to work a lot to make it look rather OK. 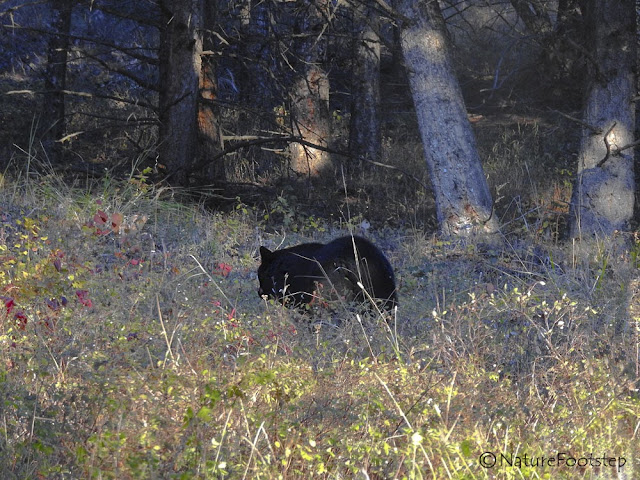 Later on we made a stop where there usually are wolfs. We had not seen one yet so it would be a treat. Here is the group looking for wolfs in Lamar Valley. But did not find any. 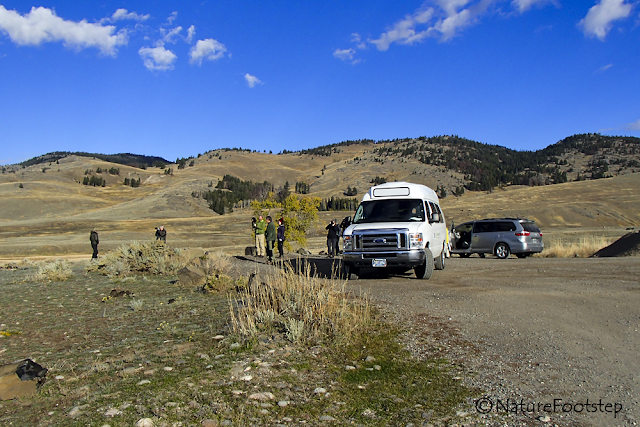 While they were looking I turned the other way. There was frost so I decided to have some fun until my friends screamed "The wolf is coming!" I had no wolf in sight, but a bison right in front of me. 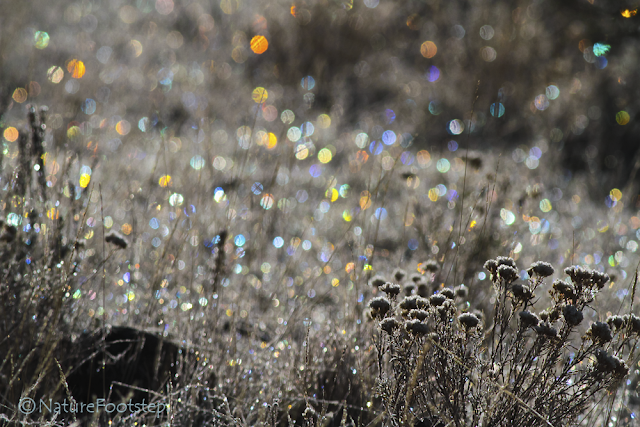 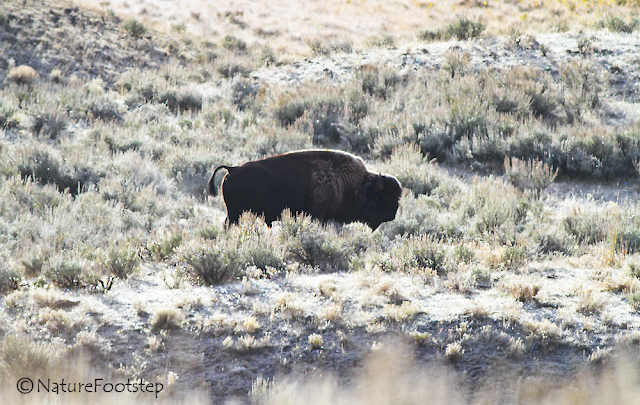 A little later we found, not a wolf, but three coyotes. Not bad either. And they did not care a bit about people on the road. They walked right through our group. We just moved away a step or two. 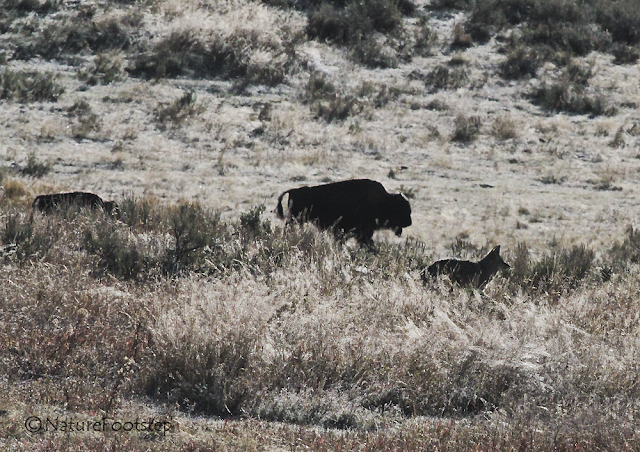 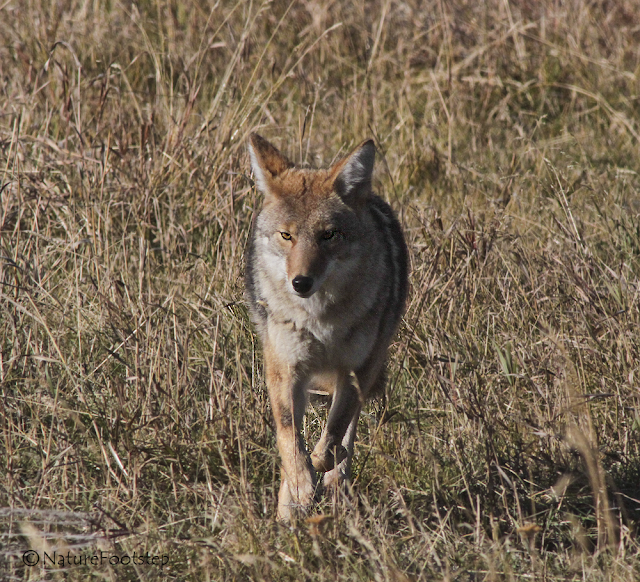 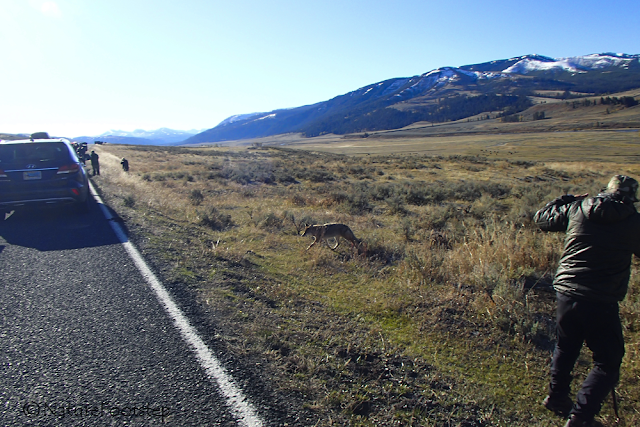 After a long morning it was time for picnic lunch at Lava Creek. We had a guest, a Dipper in the stream. 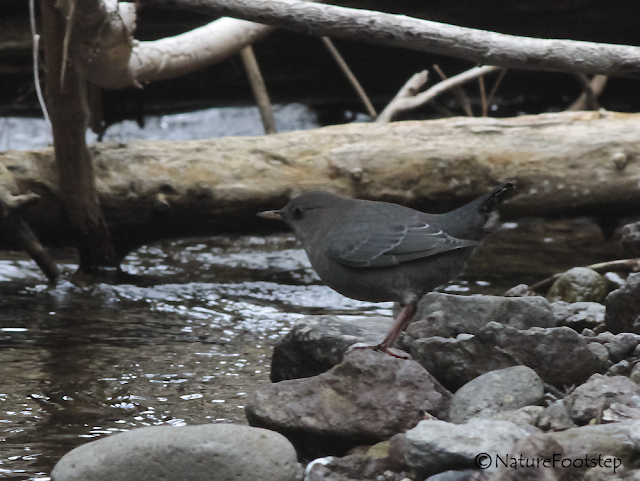 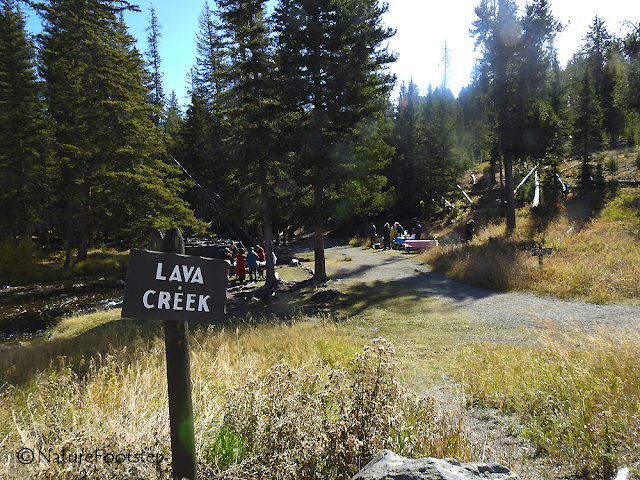 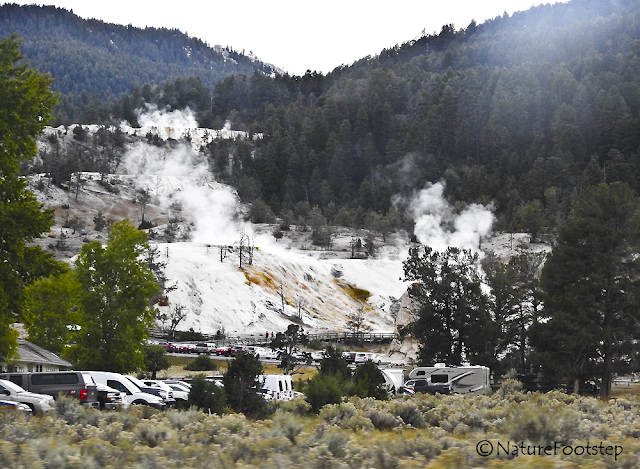 And a last look at Mammoth Hot Springs from the car as we are passing by on our way to Bozeman, our last lodge and tomorrows flight back home.