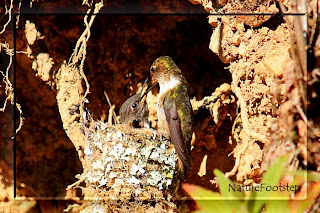 Breakfast at 6.15, and that is called "a sleeping morning". :)
After a great breakfast we were supposed to walk to the Savegre park as it was rather close. But as we had a new bus and driver arriving late last night Carlos were leaving. So we decided to go with him to Savegre. Then when we were there and the guides knew it was steep for people to walk, we went with Carlos a couple of km uphill. We had a local guide with us, and he was a treasure. He knew everything. He showed us a nest of the Volcano hummingbird where we left the bus. We would not have seen it otherwise. 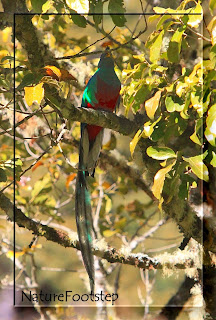 A bit further up a Resplendent Quetzal pair showed up. Everyone was happy. We headed uphill and birded along the way. I want ahead and crossed a bridge to the otherside of a steep. There were some Ruddy Treeruners leaping across the trees. Got some good shots of them. Ant that was the turning back point. I had trouble, of course, to keep the pace. Too many things to document with the cameras. Like a beautiful Vulcano female hummer. And more birds and flowers and fish and............. Well, you get the picture. This was actually not good for my feet.

Well, I did not miss the serving. But I was a bit dissappointed. This was supposed to be good Lodge with high standard. Yet it was not that great. Not bad, but... I

hurried back to the stream to try to find that Torrent Tyrannulet that eluded me on my way to the lunch. Well, now I got it. A few shots from a distant. But I have it. :) I also had the pleasure to study a small hummingbird taking a bath in the river. I was glad to be alone for a while so I could take the time. That river/Stream has the purest water I have ever seen. And it´s color was so beautiful. Then I headed back to the feeders in the garden.

At 14.00 we gathered again to go another path behind the garden. Imediately we found another Quetzal and that took some time. It decided to "show off" a bit so now I got a pretty good shot of it. 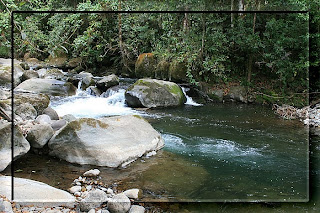 The forest path was as usual, steep and slippery and lots of roots. Not many birds wanted to join in. Finally we came to a small waterfall. And that seemed to be the goal for today. We turned back and were back at Savegere at 16,45. We split up and some of us headed back to Suria Lodge. Stefan, Sören and I started back to our lodge and took a look at the fish farming along the way. The last part to the lodge was steep uphill and both me and Sören got problem with breathing. We are at 2100 m above sea level so it is not that strange.