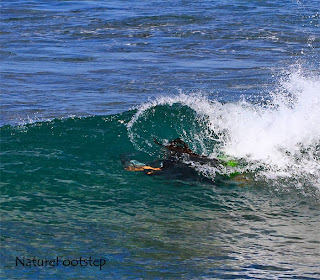 This going to the beach mornings starts to become routine. Same today. Weather was nice and people already in the waves. They were larger today then I´ve seen them before.
After breakfast I was going to take the bus and meet my daughter and grandson at The Bishop Museum on the other side of town. That turned out not to be that easy even though I checked the maps and thought the agreed meeting place was clear. Well, I thought we should meet at the crossing where the bus turned but no one was there.  Then I took the next bus again and found them waiting at the Museum bus stop. 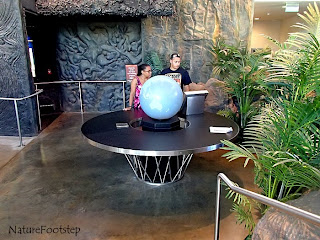 The Museum was about the culture and history of Oahu and Hawaiian islands. And also a science part for the volcanic history and workings as well as plants and animals. It was an interesting visit even if the opportunity for photography was limited or not allowed in most areas. But in the scientific areas I took some shots. 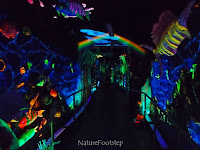 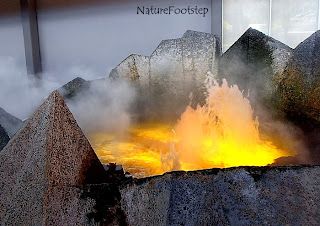 Colorful pathway to the volcano eruption.


When I returned to the hostel the room was a real mess and a man spraying parts of it. Two of the beds was cleared and moved and sprayed. Luckily mine was not touched. When I asked what the fuss was all about they said they had spotted some bugs. Flat, red bloodsucking things, Bedbugs to be exact. Nasty creatures sucking your blood. Don´t sound like fun. I found it best to change my bedding's too.
Then I went down to the beach again to play around a bit in the waves. Then grabbed something to eat and enjoyed the darkening city where sunlight was replaced by streetlight and fire torches. The image below was quite fun to catch and I made some people wondering what I was doing. It was almost a full moon and the heat of the fire, in the torches, kind of melted the moon. The blue thing is light around the trunk of a palm tree. 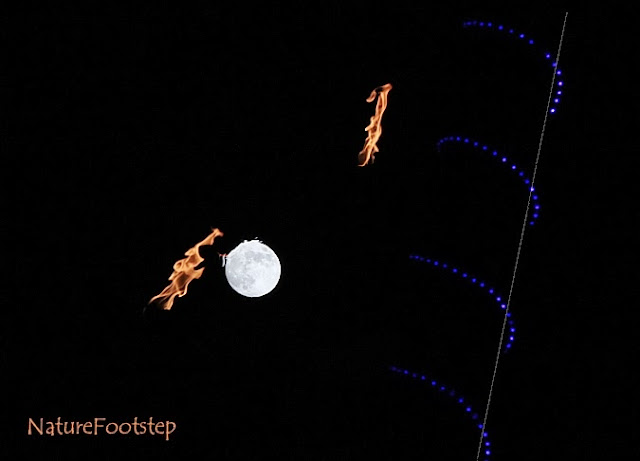